A bicycle for the mind 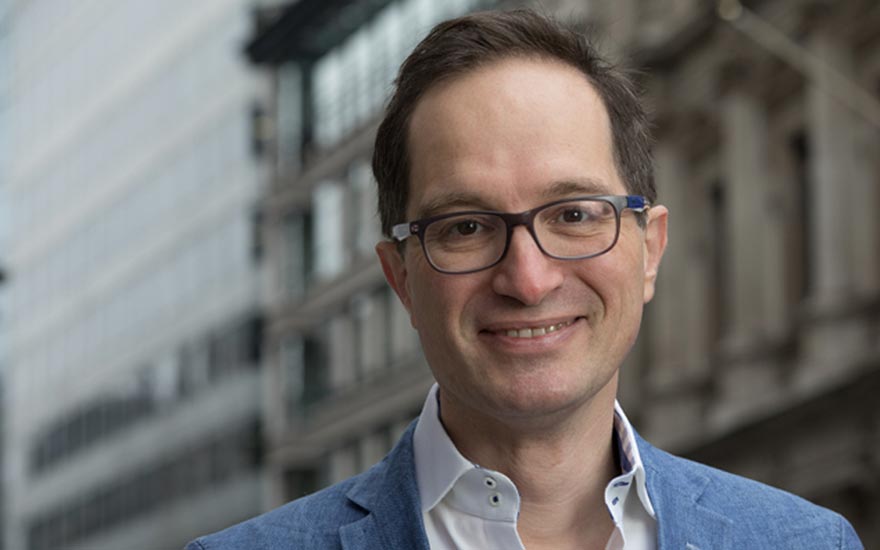 Hinssen is convinced that creativity and technology are inextricably linked. “Apple was one of the first companies to really embrace that creative aspect. What the devices look like inside and out, the attention paid to fonts and graphic elements, the way machines interact with people ... At Apple it seems as if the user interface is a sort of extension of our brain. Steve Jobs and co. did pioneering work here. Not for nothing did he once call the Mac a bicycle for the mind.”

“Fantasy really does play a role when you’re designing truly pioneering products,” Hinssen says. “Daring to dream is important here – leaving the beaten path and venturing into a sort of terra incognita. You have to experiment and at the same time draw inspiration from what already exists. That’s the only way you’ll come up with something really new. Steve Jobs once took lessons in Japanese calligraphy and realized how important the design of a font is for the way people use machines. You have to be able to make surprising connections like this.”

To be successful, filmmakers and technologists capture the spirit of the age in their product. “Being too early isn’t good. Look at Microsoft. Four or five years before the iPad appeared, they had already put tablets on the market. They just didn’t sell. And sometimes it takes guts to bring something out. Let me go back to Apple: certainly during the early period with Jobs, they were often so obsessed with perfecting their product that eventually they were too late presenting it.”

“Far more important than being too early or too late, these days above all you have to be able to adapt very quickly. That’s the big difference with, let’s say, the eighties. Back then one technology stayed dominant for years. Now things evolve far faster. And that is the big challenge for companies.”

“Fantasy plays a big role when you’re designing something pioneering.”

The cross-pollination between art and technology is still just beginning, Hinssen thinks. The time when algorithms will be able to make art, too, is not so far away. “In Amsterdam, they ‘fed’ an algorithm with all Rembrandt’s paintings and then asked a robot to make one itself. The result was amazing – the light, the composition, the way the paint was put on the canvas, it was a Rembrandt. And then of course you can ask: whom should we give the credit for this? The algorithm, the developers or the original artist? And even: do you still need artists? It’s the same with music.”

“Eventually we might go so far that there is no longer any difference between people and machines. In the film Her, for instance. Artificial intelligence is already much better than people at chess and playing Go. Poker, too, recently capitulated: a computer beat the world champion. That means machines are gradually getting better at lying and bluffing. Not for nothing is Google proposing to incorporate a sort of ‘red button’ into some systems for artificial intelligence, in case it gets too dangerous for people.”

Peter Hinssen is a partner at Nexxworks, writer, speaker, entrepreneur and one of the top opinion leaders on innovation in the Low Countries.

Peter Hinssen thinks things might go so far that we no longer see the difference between people and machines. In this science fiction romcom, Joaquin Phoenix is hopelessly in love with ‘Samantha,’ the operating system of his new computer. She can react realistically to his questions and emotions and even his sexual desires. And she has Scarlett Johansson’s voice. Via the earpiece that is permanently connected to the smartphone in his breast pocket, he shares his whole life with her.