From the Netherlands to Belgium in two months 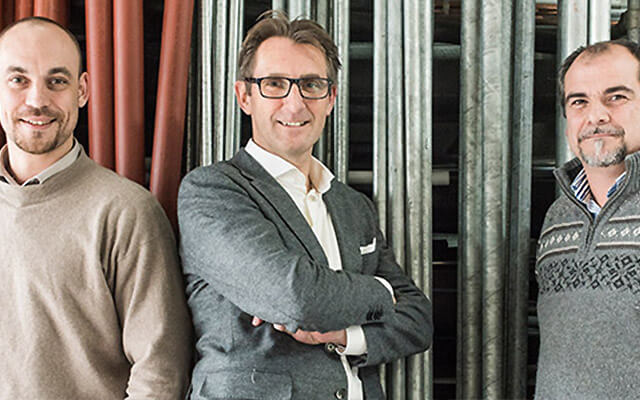 What happens if the parent company of your IT shared service center files for bankruptcy? Imtech Belgium knows all about that. In less than two months, the company built up a whole new IT environment, with Proximus as the sole point of contact for all the expertise required.

Imtech Belgium is a technical service provider. The company designs, produces and maintains installations for complex buildings in the tertiary sector and for industry. At the end of August 2015, the court declared the Dutch parent company, Royal Imtech Group, bankrupt. “But in Belgium, business was good,” says Jan Tanghe, IT manager at Imtech Belgium. “So we carried on, even after the declaration of bankruptcy. The services we provide for our clients were never in danger.”

Business-critical
IT Imtech Belgium made a list of all their IT needs and gave themselves two months to disconnect entirely from the shared service center. “An ambitious plan,” Tanghe admits, “but we had no choice. IT is particularly business critical.” For example: the ERP system is the vital link between the call center, the technicians and clients. Among other things, it manages the maintenance technicians’ schedule. They receive their assignments directly on their tablets, where they can also record all their information and the hours they have worked straight away. So it’s crucial in order to provide the best possible service for our clients. Imtech Belgium already had a good relationship with Proximus as a client for Explore and mobile telephony. Barely three months before the parent company went bankrupt, Proximus had implemented a vContainer solution for Imtech Belgium. “That was an unexpected piece of luck,” says Hemelaere, “because it meant that we quickly had the necessary server capacity in the Cloud.”

Total migration
With Proximus as partner and sole point of contact, Imtech Belgium got down to work. Within the time frame, a completely new IT environment was created: 600 mail boxes were migrated, Explore was upgraded and adapted, vContainer was extended, the ERP environment was migrated, Office 365 and Lync were introduced, firewalls were moved, etc. Proximus partner IT-Care took care of the implementation. “At first, we set everything up on a very rudimentary basis,” says Dany Dedecker, IT team leader at Imtech Belgium, “so that we could guarantee business continuity. We are now in a consolidation phase, where we are finishing off all aspects of the project in detail.” However, the whole process took place behind the scenes. “Most of our staff didn’t notice anything,” Tanghe concluded. “At most, they had to change their password.” Every month, Imtech Belgium discusses the situation with Proximus. Eventually, the company wants to rehouse more elements of its IT infrastructure in the Proximus datacenters.

Imtech Belgium specializes in technical service provision. The company designs, produces and maintains installations for complex buildings in the tertiary and industrial sectors. Imtech Belgium employs 800 staff and posts a turnover of € 150 million per annum.