The age of the wearable 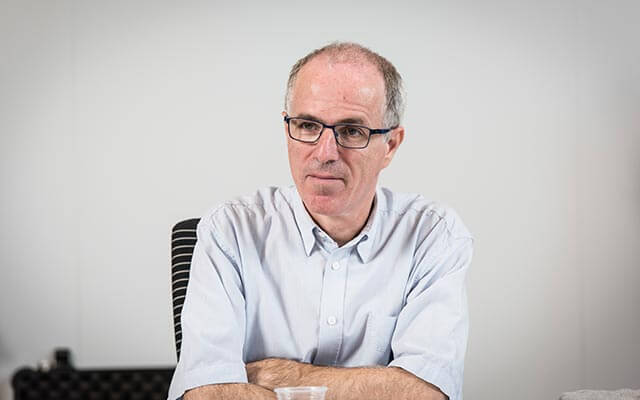 Thanks to the Apple Watch, these days a computer is no bigger than a wristwatch. Is that the limit? Not at all. We are at the dawn of the age of wearable technology, when computers will soon literally be woven into our daily lives. Jean- Marie Stas, Marketing Manager at Proximus, looks ahead.

The first computer – the mainframe – consisted of a sizable room full of equipment. These days we use smartphones and smartwatches that are not only much smaller, but at the same time more powerful and offer far more possibilities. What’s more, the end of this evolution is not yet in sight. Chip miniaturization now makes it possible to integrate sensors, cameras and processors into objects the size of a coin, such as a ring, an earring or a button. And it can get smaller still. In the future, sensors will be part of the very fabric of our clothes. With Project Jacquard, Google is examining the possibility of weaving threads. Levi’s is working with them to develop clothes using this thread. In the meantime, Ralph Lauren has launched a smart sports shirt. Silver fibers in the fabric measure the heartbeat and breathing, and forward this biometric data to the iPhone belonging to the sportsman or -woman in question.

Graphene is the key to even smaller applications. Graphene is a single layer of carbon atoms and replaces the silicon we use to build computer chips today. With graphene, it is possible to build computing capacity on a layer the thickness of a single atom. This is no less than a hundred times smaller than current technology. What’s more, graphene is two hundred times stronger than steel, and yet it is pliable. The material conducts electrons around a hundred times faster than silicon. So it’s hardly surprising that graphene is seen as the source material for a new industrial revolution. Science fiction? Far from it. Applications will soon appear. Smart clothing – with built-in computing capacity, storage, batteries, cameras, microphones, sensors and wireless communication – opens the way to a completely new use of technology. Is your body temperature too low or too high? Then the fabric of your clothes takes on a different density. The movement of the body can generate power, etc.

Above all, smart clothes offer a new vision of service provision. Just think about the health sector. From now on, patients can be followed up and their treatment adjusted without heavy equipment, and often without the need for a face-to-face consultation. Maintenance technicians take their manuals along with them in their clothes and have a permanent connection with their employer’s head office, which can send them their schedules, among other things. Smart clothes can also be used to record conversations with clients, so as to avoid misunderstandings afterwards. The possibilities are endless. At the same time, the world of wearable technology gives rise to a whole host of questions. How far can a company go in equipping its staff with wearables? Can it collect biometric data from its staff just like that? What about data storage? Privacy and security? Here too, with wearables we are the start of a new era …