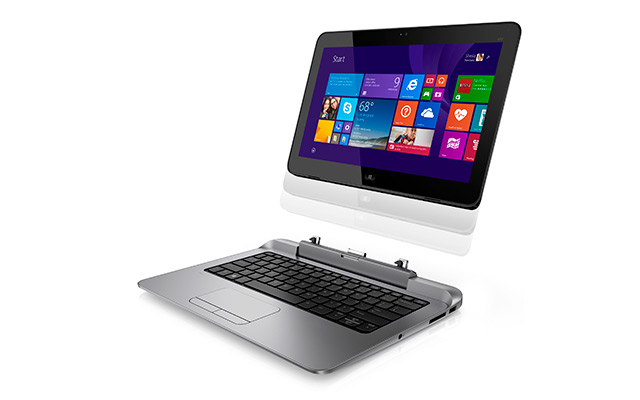 In 2014, the transformation from classic laptop to hybrid device (with moveable touch screen) gained a lot of momentum.

A number of decent devices, such as the HP Pro x2, demonstrated the usefulness of such laptops, but with Intel’s new lineup of processors, producers only now received the tools to build truly amazing hybrid devices. The tiny Core M chip can generate the same computing power as a sturdy Core i laptop, without producing as much heat. The result: a powerful laptop that does not need a bulky fan and therefore can become much, much thinner. The end of 2014 brought a number of examples of these devices of the future, such as Lenovo’s gorgeous Yoga 3 Pro.

Mature
If 2014 was the year in which hybrid laptops conquered the minds and hearts of the audience, 2015 will be the year of their true maturation. For the first time in a long while a new laptop is an attractive prospect again. Not necessarily because of their specifications – most devices are already powerful enough for the needs of most users – but because of their design: flexible, paper-thin devices with both laptop and tablet DNA are the future.

Cheap
Apart from these skinny (and often relatively expensive) hybrids, the netbook has been given a second chance as well. Chromebooks have been slowly gaining traction in our part of the world as wel as the US, and Microsoft is determined to stop them in their tracks. This result of this strategy is an assortment of laptops priced 300 euro or less, with the look-and-feel of Chromebooks but running a full-fledged version of Windows. New developments are appearing on both ends of the spectrum, and we can still find classic, no-frills laptops in between – even though that category seems to be slowly shrinking.