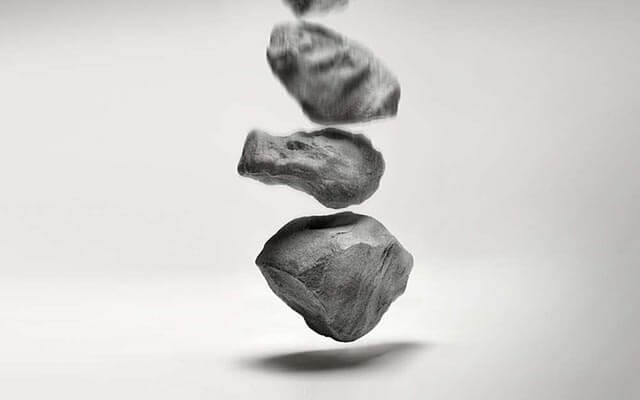 The energy issue cannot be summed up in just a few words in 2016. We face challenges concerning generating, transporting, storing and using energy.

There are various ways of generating electricity: coal-fired power plants, nuclear power plants, hydroelectric plants or solar plants. But they all involve risks: they pollute, they are very dependent on natural resources or they are finite. Once used, electricity and fuel never come back.

How can we get around the finiteness, the pollution and the dependency? People have long been looking for ways to use the one source of power that is always available to the same extent: gravity. An object that is subject to the gravitational force of the Earth contains potential energy. If that object falls, this potential energy is converted into kinetic energy. Linking the object to a turbine generates electrical energy.

Once it has fallen, just as much energy is required to lift the object back up to its original position. The problem is that when electricity is generated, energy is always lost. The quantity of electricity generated is less than the power needed to restore the potential energy to the object. So there is insufficient electricity left to be used for other purposes, unless energy is added to the system, for example by moving the object manually.

And there is another problem: it takes 3.6 MJ to create 1 kW hour. That is the energy released when 100 tonnes, the weight of a Boeing 737, falls 3.7 m. That’s why hydroelectric plants can only be built in places where a huge volume of water falls.

Gravity supplies clean energy, but a few simple laws of physics prevent its widespread use. There are some fun experiments involving the use of gravity, such as GravityLight: a lamp that is powered by a falling object and that burns for 20 minutes. Just as with an antique clock, the weight has to be pulled back up again.

The first gravitational waves were recently observed, caused by two huge black holes that merged 1.3 billion years ago. The waves are a short-lived, tiny expansion and then contraction of space. This discovery is a major step toward understanding gravity. And who knows? Towards the possibility, perhaps, of manipulating it for use as an inexhaustible source of energy.

For the time being, we have to question and reduce our energy consumption. For companies, towns, cities and municipalities, lighting, heating and transport are the big power eaters. Modern resources and technologies, such as the Internet of Things, big data, smart devices and management platforms can be used to optimize energy consumption. In the meantime, there is the hope of one day using perpetual motion to generate power without unwanted side effects.