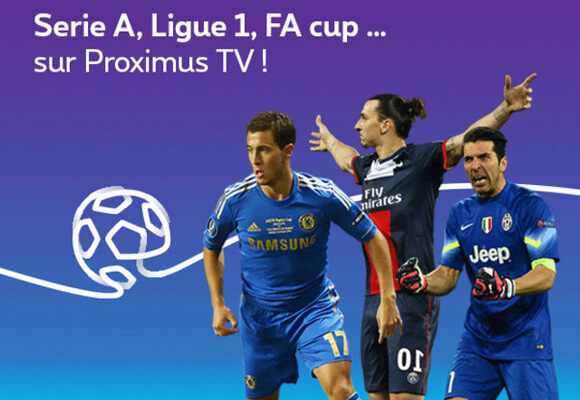 Proximus was already holder of the broadcasting rights to the Jupiler Pro League, Proximus League (second division in Belgium), the UEFA Champions League and Portuguese League, and has just signed an agreement with Eleven Sports Network. This means that the two new sports channels which broadcast around the clock will be taken up in the offer of 11+.

All 11+ or All Foot subscribers of Proximus TV may as from 2 August watch the best of the French, Italian, Brazilian and Scottish championships and the prestigious English FA Cup on the channel 'Eleven' of the ESN Group.
That means that as from now the performance of Red Devils Dries Mertens (Napoli), Radja Nainggolan (AS Roma) and Michy Batshuayi (Olympique Marseille) can be closely followed. Does Juventus succeed itself as champion in the Serie A? And what does PSG in Ligue 1? You can see it live on Proximus TV!

From 22 August, the TV channel 'Eleven Sports' will be included in the 11+ option; which among other things shows the ATP 250 tennis tournaments and international basketball. The ideal way to monitor the performance of our Belgian tennis topper David Goffin in the men's circuit!