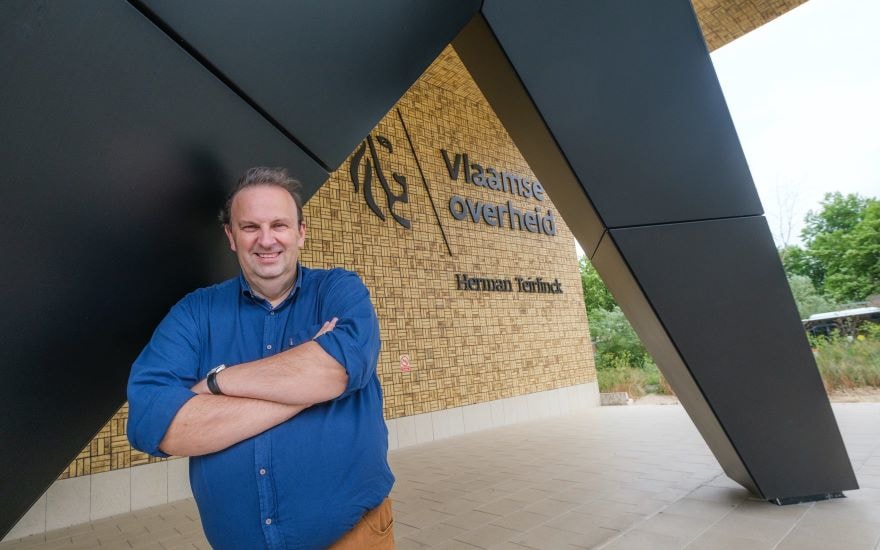 Of course, the Flemish government took to heart its call to work from home as much as possible during the corona crisis. According to Frank Geets, administrator general, the speed and ease with which this happened typifies the maneuverability of a modern government.

Het Facilitair Bedrijf plays a key role in the functioning of the Flemish government and the provincial and local authorities. It supports them in the fields of ICT, real estate, and facility services. In addition, the agency negotiates the framework contracts for public contracts. For example, it designated HB-plus – a DXC Technology and Proximus trading company – as the ICT service provider for the Flemish government in this manner.

Digital to the Max

One of the spearheads of Het Facilitair Bedrijf’s ICT policy is the mobile digital workplace. It rolls these out to various entities of the Flemish government under the name Maximaal Digitaal (Digital to the Max). “Many Flemish civil servants have been working one or two days from home for a long time now. Therefore, the migration to Microsoft Teams in the cloud had already started before the corona crisis. So we weren’t starting with anything close to a blank slate when the lockdown came in mid-March,” explains administrator-general Frank Geets.

“The fact that we were in an advanced stage helped us to move quickly. The corona crisis did accelerate our plans: around twelve thousand employees from some thirty entities of the Flemish government were already using our digital workplace by early July.”

Would you like to know how Proximus facilitates your digital workplace?

I strongly believe there will be a hybrid environment in which it will be normal for some colleagues to work in the office and others to work from home. 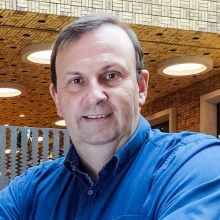 The Gemeenschappelijke ICT-dienstverlening (GID; Joint ICT Service) is responsible for the networks, PCs, laptops, printers, and mobile devices of most of the entities in the buildings managed by Het Facilitair Bedrijf. “Flemish civil servants working from home are connected to the central GID network by means of a Virtual Private Network (VPN). The number of users increased significantly from the beginning of the coronavirus measures,” Frank explained.

“At peak times, we counted up to ten thousand simultaneous connections. We have systematically scaled up the capacity of the VPN network to this end with the help of our ICT partners, which has not caused us the slightest problems. The fact that I didn’t have to raise the alarm myself proves that HB-plus performed their work according to the rules of the trade.”

According to Frank, the choice of Microsoft Teams as the only and central communication and collaboration platform is obvious. “It’s a logical step when you work with Microsoft365 in the cloud. Teams combines ease of use with performance. We promote transparency and uniformity with one universal tool. For internal social media, we prefer Yammer, while our preferred platform for information exchange is SharePoint,” said Frank.

Working from home also means ‘being able and daring to let go’. “Ten thousand simultaneous VPN users was previously unheard of within the Flemish government. We initially monitored the remote working very closely. Much to our satisfaction, the security measures were optimized almost immediately. Our employees’ awareness of the responsible use of ICT has also increased significantly. Nevertheless, we remain vigilant as we have detected a higher number of attempts to penetrate our systems,” he added.

The number of calls to the HB-plus service desk increased at the start of the corona crisis, but after a peak on 5 April, it steadily decreased. HB-plus provided various training courses to familiarize everyone with ‘the new way of working’. These initially took place on-site, but were soon followed by a series of popular webinars. “These formed a major added value within our shift towards working from home,” Frank explained.

“They clarified the procedures to be followed. From a technical perspective, the step for our employees is actually not insurmountable. Once the laptop is started up, they are automatically logged into our systems.”

Ten thousand simultaneous VPN users was previously unheard of within the Flemish government. We initially monitored the remote working very closely. Much to our satisfaction, the precautions were optimized almost immediately. Our employees’ awareness of the responsible use of ICT has also increased significantly.

The limited technical impact was offset by a drastic cultural change. “Teleworking offers undeniable added value. Employees consider it an improvement, as they no longer have to commute for two hours every day. We notice that working from home ‘works’ and haven’t experienced any drop in performance or efficiency.” Still, according to Frank, only working from home isn’t beatific.

“After a while, several parents with children and singles yearned for their office environment and the contact with their colleagues. Personally, I attach great importance to the ‘cultural’ aspect. It is easier to create a team spirit when you meet each other physically on a regular basis. Another shortcoming is the lack of informal conversations. Asking a colleague for advice quickly or greeting them spontaneously is less obvious when done remotely.”

The administrator-general also sees some practical challenges. “The quality of personal internet connections in people’s homes is a sore point. Network stability and speed are sometimes lost, especially in homes where children frequently download films. I also noted a logistics point for attention. When hardware fails, employees pick up a replacement device from the ICT department at the office. That’s harder to do when you’re working from home. We still need to find a solution to this issue.”

The question remains, of course, as to how the Flemish government will continue working remotely in the post-corona era. “I strongly believe there will be a hybrid environment in which it will be normal for some colleagues to work in the office and others to work from home. We have made our buildings corona-proof and are ready for the Flemish government’s hybrid future.”

“We’re busy developing a playbook behind the scenes, just in case a second wave of the coronavirus breaks out. In addition, it is nice to note that our procedures barely differ from the actions we undertook last spring. It shows that we have done a great job together with our partners and employees.”

Frank Geets is a chemical engineer. After a career as a purchasing manager, he started working as a facilities director at the AZ Nikolaas hospital in Sint-Niklaas. He has held the position of administrator-general in charge of the Flemish government’s Het Facilitair Bedrijf (Facilities Management Agency) since 2012.