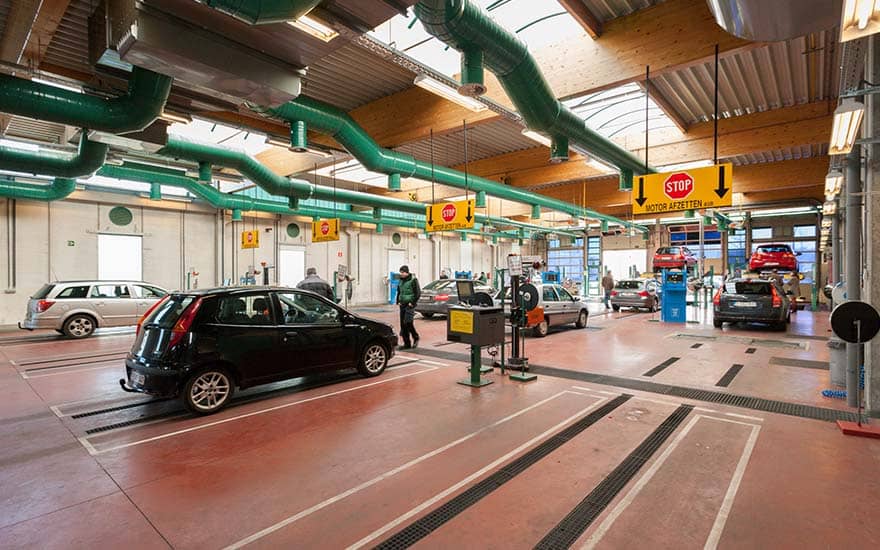 Groep Autoveiligheid inspects 1.8 million vehicles in Antwerp, Limburg and Flemish Brabant every year. As well as eighteen inspection stations, the group runs six text centers. Around 200,000 driving tests take place per year. Groep Autoveiligheid has a workforce of seven hundred. An IT team of ten – based in the group’s central services in Geel – provides the necessary support.

We can’t afford a systems outage. People rely on the fact that they can have their vehicle inspected on time.

Until recently, the group’s data and applications were hosted in their own datacenter in Geel. “Every winter we hear reports of imminent power shortages, the resultant power cuts and other risks in general”, says CIO Rudi Op de Beeck. “Were our datacenter to go down because of this, our sites would only be able to carry on working to a very limited extent.”

High availability for applications is important not only for our own activities but, more generally, for providing services to the general public. “People make an appointment for a driving test online. Or they want to have their car inspected on time. These are applications that can’t be allowed to fail.”

First of all, Groep Autoveiligheid looked into the possibilities for duplicating their own datacenter infrastructure and guaranteeing that data and applications were available at all times that way. However, this proved anything but easy to do in practice. The Groep Autoveiligheid sites have long been interconnected via Proximus Explore. So Proximus was obviously consulted about a possible solution, as well.

“We wanted to switch to a formula with two physically separate datacenters”, said Op de Beeck, “in Belgium and preferably not too far from our neighborhood.” The company went to visit a number of datacenters, but eventually they found the most suitable solution with Proximus. “The price counted as well, of course, but for us the main thing was the quality offered and the expertise of the team.”

The Proximus datacenters are physically separate from one another and interlinked with a 10-Gbit connection. In addition, they are both connected to the Explore network, which was an important condition for Groep Autoveiligheid. “Some of our hardware needed replacing”, Rudi Op de Beeck continued. “This new hardware is now in two racks at Proximus, one per datacenter.” The migration was thoroughly prepared and carefully planned beforehand. “The Proximus project team responded quickly, so we were able to complete the migration within five months.”

The Proximus project team responded quickly, so we were able to complete the migration within five months.

The combination of new hardware and the greater bandwidth means that everything goes faster. “The staff at the sites really notice it, too”, said Op de Beeck. “But really, our main concern was redundancy. Our data and applications are active and duplicated at the two datacenters. That provides high availability. We haven’t had any outages so far.” If one of the datacenters goes down, then the other takes over.

“Moreover, we have tested this failover thoroughly”, Op de Beeck explained. “We play it safe.” And rightly so. If the applications in the inspection center stopped working, long queues would form instantly. “That is not an option for us. People rely on being able to have their car inspected on time. Or imagine if we were unable to do any tests one day, whereas people count on getting their driving license. No, we don’t see investing in a duplicate infrastructure as an unnecessary luxury. This high availability is essential for us.”

Rudi Op de Beeck studied mathematics and IT at Antwerp University. He has been CIO at Groep Autoveiligheid since 2005.