IT to build up 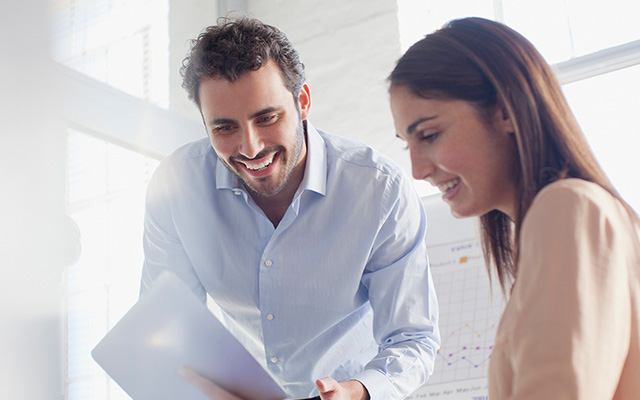 Century 21 Pro Domo is an SME in the cloud. The staff have constant access to applications and data, while the company no longer has to worry about managing its own servers or spiralling costs.

With branches in Halle and Sint-Pieters-Leeuw, Century 21 Pro Domo is Century 21’s most successful real-estate office in the Benelux. The company works mainly on the residential market, but also offers new building projects and SME real estate. Over the years, Century 21 Pro Domo developed its own IT infrastructure, with its own servers, back-up on tape and even a UPS (Uninterruptible Power Supply) to be able to keep working even in the event of a power outage. As time went by, however, it became clear that this infrastructure was no longer up-to-date. “We couldn’t trust it blindly anymore”, says manager Peter Logist, “and the maintenance costs began to mount up.”

Always available
Together with Proximus partner K-Force Computer Solutions, Century 21 Pro Domo found an answer in the cloud. This means that the six staff members at Century 21 Pro Domo always have access to applications and data, regardless of the device they are using or where they are. “We mainly use the standard office applications, such as Word, Excel, Publisher and Outlook”, says staff member Sandrine Van Laethem. “Via Office 365, our e-mail is in the cloud now, as well.” Being able to work from anywhere, in particular, is a huge advantage. “Whether we are at the office in Halle or in Sint-Pieters-Leeuw no longer makes any difference. We always have the same access to our dossiers.”

Migration in one day
For the staff at Century 21 Pro Domo, the switch to the cloud and Office 365 wasn’t really a radical change in itself. “In fact, it’s just the content of the old servers that has been moved to the cloud”, says staff member Arno Vlaeminck. “The structure of our dossiers and archives has stayed the same.” The migration to the cloud environment took barely a day. Thanks to the expertise of K-Force Computer Solutions, the staff didn’t notice anything. There was no interruption in the availability of the systems or customer services.

Ready for growth
For Century 21 Pro Domo, the environment offers a host of new possibilities. “Ultimately, that’s what it was about”, Peter Logist explains. “If we want to keep on growing, we need to be able to rely on a flexible, easily extendible IT environment. We have that now, without having to worry about our own servers and applications.” What’s more, the cloud solution offers Century 21 Pro Domo the transparency that the company was looking for. “That’s a great advantage, too”, concludes Peter Logist. “We pay a fixed price every month per staff member. We can predict the IT budget precisely and keep it under control. Unexpected IT expenditure is a thing of the past, once and for all.”

About Century 21
Century 21 is the world’s largest real-estate organisation, with 7,700 offices in 74 countries. The American company has been operating in Belgium since 1995 via a network of 182 offices.