Find out all about Apple’s ‘cheaper’ iPhone XR 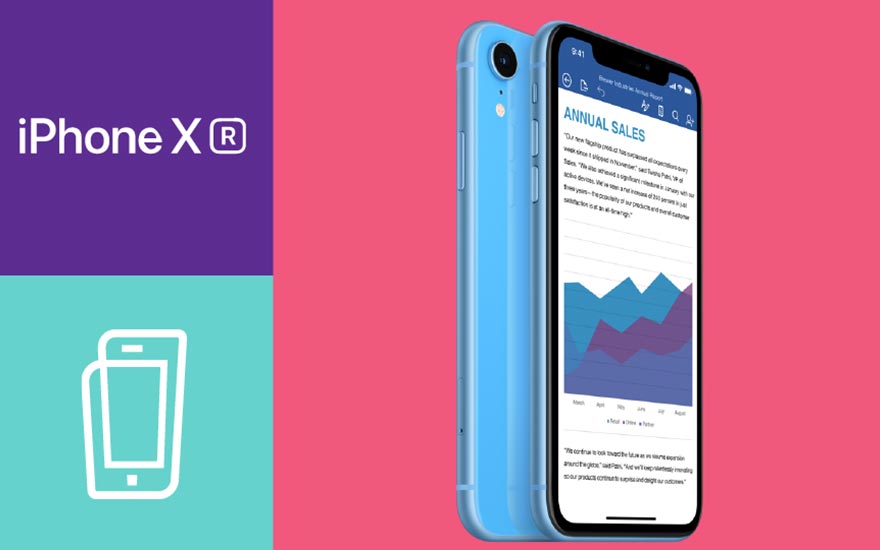 Apple revealed its latest smartphones at a press event. Aside from Apple’s flagship product, the iPhone Xs, Chief Executive Tim Cook also presented a cheaper model. Read this article to find out what the iPhone XR has to offer.

An LCD rather than an OLED screen

Contrary to what many insiders thought, there is no iPhone 9 on the way (for the time being at least). Rather than a successor to the iPhone 8, Apple decided in favor of a slightly pared-down version of the new iPhone Xs, called the XR. This device is to the iPhone Xs what the iPhone 5c was to the iPhone 5s a few years ago: a little less advanced and luxurious and therefore with a somewhat more attractive price tag.

The main difference is the 6.1-inch screen. It is not an OLED display, with more attractive colors and a better contrast. Instead, the device has an LCD screen with 1,792 x 828 pixels. Nor does the XR have the 3D Touch function found on the more expensive iPhones. So pressing a bit harder on the screen to release extra possibilities is not an option of this model.

Otherwise the design is relatively unchanged. The iPhone XR has very thin screen edges and the characteristic notch in the screen that contains the camera and a few other sensors. There is another small saving: the casing is not made of stainless steel, like the Xs, but of aluminum.

All 2018 iPhones, including the XR, are fitted with the new A12 Bionic chip from Apple and partner TSMC. As far as we know, this makes them the only smartphones with a so-called 7-nanometer processor at the moment. The advantage of this new production technology is that the processor is both faster and more economical.

The iPhones are delivered with iOS 12 as standard. Apple’s brand-new mobile operating system is above all sharper, with apps that start up almost twice as fast and a smoother keyboard display.

iOS 12 also offers lots of handy business functions. Just think of FaceTime conversations with up to 32 people at the same time, far more control over notifications (which are now neatly arranged by subject) and more Do Not Disturb settings.

In addition, iOS 12 automatically creates complex passwords, so you don’t have to make them up yourself or remember them. In cars with CarPlay, you can now choose which navigation app to use, such as Google Maps instead of Apple Maps.

Whereas the iPhone Xs models come with a 12-megapixel double main camera, the XR has to make do with a single 12-megapixel camera. The device does, however, have optical image stabilization for sharper pictures in poorer light conditions. What is more, each new iPhone comes with Face ID as standard: an advanced form of facial recognition via the TrueDepth camera on the front.

The iPhone XR can be charged wirelessly and accommodate two telephone numbers, via a physical SIM card and a so-called eSIM. This last option is to be activated later this year via a software update.

Other specifications include Smart HDR (for more details in the bright and shadowy areas of photos) and dust and water resistance in accordance with the IP67 standard.

The iPhone XR will be available from the 26th of October in six different colors: black, white, blue, yellow, coral and ProductRed.

Other articles from Johan