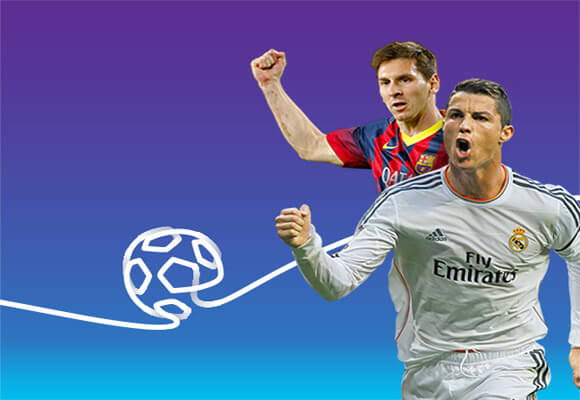 Thanks to an agreement with Eleven Sports Network, Proximus will continue to broadcast the Spanish Liga from the start of this season on channel "Eleven", to the great delight of fans of Spanish football.

Proximus, which already holds the broadcasting rights of the Jupiler Pro League, the UEFA Champions League and the Portuguese Liga broadcast on its own channel 11+, will also continue to broadcast the best of the Spanish championship on channel Eleven of the Eleven Sports Network group. The Liga will therefore be added to the international offer composed of the Italian, French, Brazilian and Scottish championships, plus the prestigious English FA Cup.

The Liga has been added to the 11+ option, which remains €9.95/month! Now more than ever, the best of international football can be found on Proximus 11+ and All foot.