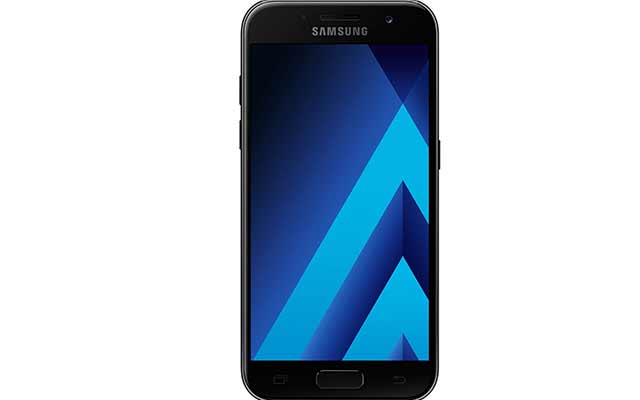 In 2017, the third generation of this smartphone will be released.

This has become an annual custom. In the past two years, Samsung's Galaxy A5 has gone from being the first smartphone with a metal frame, but modest content, to a top mid-ranger. With this latest model, we are promised some of the features of the Samsung Galaxy S7, for a much lower price. The new Galaxy A5 is being touted as fast but also frugal, with a premium look and feel, and new features such as water resistance and an awesome camera.

Too good to be true? Can you really expect all that for the price? We decided to investigate.

The verdict: a good alternative to the Galaxy S7.

Just like Samsung's Galaxy S7 flagship, the Galaxy A5 has a full aluminum frame. And with the rounded edges and glass back, it's hard to distinguish them. But what we really like is that the phone sits very comfortably in your hand. It has a high-quality feel, which puts it right up there with the top phones on the market. You also have a choice of three colors: Black Sky, Gold Sand and Peach Cloud. The nice thing is that the colors are subtle, not at all flashy.

Samsung also kept the Home button with fingerprint scanner from the previous A5, and it's fast and accurate - something which can't be said for many phones in this segment. One thing that has changed is the rear camera, which no longer sticks out. This makes the smartphone look even sleeker.

But the best new feature of this new generation is the water and dust resistance. With IP68 certification, this handset can be dunked in 1.5 meter deep water for half an hour. Very handy if you have to make a call in the pouring rain, or quickly use WhatsApp under the shower.

The display hasn't changed. It's a 5.2-inch Super AMOLED display, with Full HD image quality. Although, to be honest, it's not quite as sharp as in devices from the higher price range. But that didn't bother us.

What we particularly liked was the great color reproduction. What's more, with the Samsung, black is really black. And the screen is always easy to read, even in direct sunlight and from different angles.

A nice new feature, taken from the Galaxy S7, is the Always On Display. With this, you see notifications and things like your calendar without having to switch on your screen.

The camera has really been upgraded in the new Samsung Galaxy A5. You now have a 16 MP rear camera with autofocus and f/1.9 aperture. In our test, this gave the photos a lot of depth and detail. What's more, the autofocus is fast and accurate. But the main improvement is in the quality of photos in low light. The camera can now certainly measure up to that of its bigger brother.

And as if that wasn't enough, the front-facing selfie camera has been given a thorough upgrade. It now also has 16 MP, instead of the 5 MP in the previous model, which means you can also use your display as a flash, for even sharper photos and more contrast.

The camera app comes in handy here. This simple interface allows you to quickly and easily switch between panorama photos, say, and normal photos or video. A nice extra: the special camera filters, which are now included in the package: e.g. what do you think of the Food Mode, for taking even nicer pictures of a dish in a fancy restaurant?

The Samsung Galaxy A5 was known for its excellent battery. Now it's even better. The battery itself, with 3,000 mAh, is now slightly more powerful, combined with a much more energy-efficient processor. That means you can easily get through the day without running out of juice. Even with intensive use, i.e. watching YouTube videos, checking Facebook, etc. Awesome, because such a strong battery is not a given in this price range.

Useful little extra: the A5 now supports fast charging. This is possible thanks to the C-type USB port, which replaces the traditional micro USB port.

As for the processor, the Galaxy A5 has a 1.9 GHz octa-core processor, with a 3 GB working memory. This ensures that you can use the smartphone for more than just everyday, garden variety tasks. During our tests, we didn't have any problems with demanding games and multitasking.

The new Secure Folder function is also handy. It allows you to store certain apps and files in a separate folder, where they are protected with extra security, such as a password or fingerprint.

And the internal storage space has been doubled. The A5 now has 32 GB of memory, which is enough for storing things like photos, videos and music. Still not big enough for you? Then you can extend it with a memory card, up to 256 GB.

A number of must-have features stood out for us. Here's an overview:

Something we normally only see in high-end smartphones.

Another nice feature which the A5 has taken from its bigger brother, the Galaxy S7.

Do you still run out of juice, despite the large battery capacity? Connect your smartphone to the charger and you can top up for another couple of hours in no time!

Use your screen as a flash

Take selfies with more depth and detail. Even in low natural light. Useful when you're at a party!

Want to really play it safe? Store your sensitive files and apps in a special folder, which you can also lock.

The previous Samsung Galaxy A5 was pretty good, but with this latest version, the bar has certainly been set higher in 2017. Besides its good looks and the fact that it's nice to hold, the phone has an extremely good camera and excellent battery life. And with nice extras such as water resistance and fast charging, the A5 is certainly a device worth considering.

In short, if you want a smartphone with the qualities of a heavy-hitter like the Samsung Galaxy S7, but you have a smaller budget, then the Galaxy A5 is a worthy alternative.

Just about the best value for money you will find now.

Working in the Devices team, I gladly share the innovations we encounter. My passions are photography, modern & contemporary arts and being outdoors.