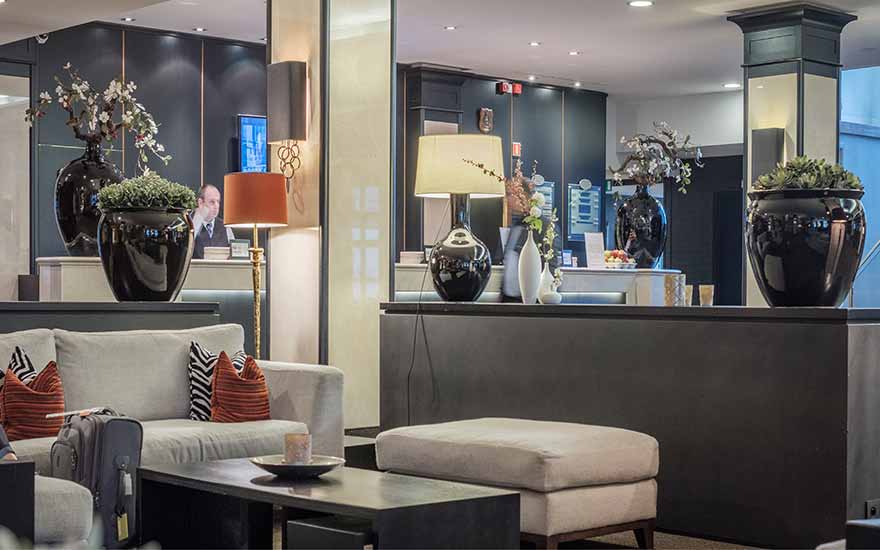 Belgian and foreign football teams regularly stay at the Parker Hotel Brussels Airport. And they have their own particular needs when it comes to wireless Internet. Reason enough to urgently upgrade their network for the hotel.

It all started with a scout for the Cypriot national team, says general manager Olivier Discart at the Parker Hotel Brussels Airport. “The scout had come to inspect the hotel for their game against the Red Devils and complained that our Wi-Fi did not meet their requirements. I understood what he meant. We renovated our hotel in 2011, but that’s six years ago now. So our infrastructure was in need of improvement.”

For most of the business people who stay at the hotel, the existing network was quite sufficient, says Discart. But footballers’ needs differ from business travelers. “A typical businessman logs in on his VPN and surfs to a couple of websites. But footballers watch Netflix and YouTube a lot, and they call their families via video links. Applications like this naturally need a lot more bandwidth.”

The hotel had already made plans to upgrade its Wi-Fi infrastructure, but they were still in the initial phase. So to accommodate the Cypriot team, an ad hoc project was set up at top speed. “It was a bit off the cuff,” laughs Discart.

“Within three days, the people from Proximus and their hardware partner installed a new network here that was ten times as fast and had twice as much reach. We gave the Cypriot players priority on that network and made sure it was available mainly in their rooms. Afterwards the scout came to thank us for the excellent connection and great service.”

Proximus has plans to greatly extend its fiberglass network, and Discart is looking forward to that, as well. “It would fit in very well with our plans to improve the Wi-Fi for all our guests,” he says. “For instance, we are also the regular hotel for RSC Anderlecht and we work a lot with the Football Federation. If we want to keep our preferred position, it’s essential for us to go along with this.”

Would you like more information about the Promixus Wi-Fi solutions? Go to www.proximus.be/fiber  or www.proximus.be/smartnetwork and read all about it. You will find the Parker Hotel Brussels Airport website here.

“Football players watch Netflix and YouTube a lot and they call their families via video links. Applications like this need a lot more bandwidth, that’s for sure.”