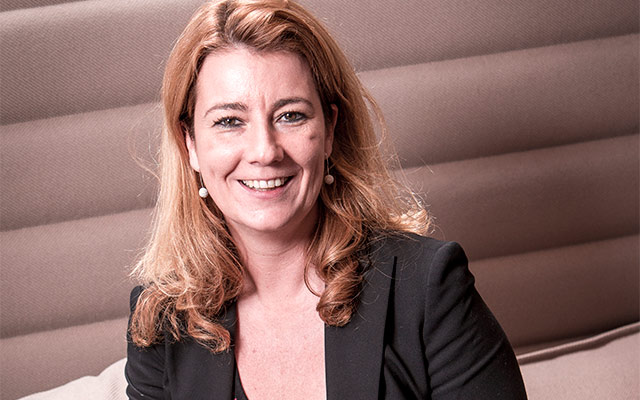 In the previous issue of One magazine you read that Proximus has joined the LoRaWAN alliance. But what is LoRaWAN actually? Katia Deboel, Lead Manager, M2M Products & Solutions Marketing at Proximus, fills you in.

LoRaWAN is a type of network like Wi-Fi, 3G, etc., that provides highspeed communication between different devices in the Internet of Things. Most devices need little network capacity to say something. They indicate their status or send a signal to a central unit. A smoke detector, for example, sends a message if there is smoke or when the battery is almost dead. It is, of course, essential that the network functions 24/7 so that the message actually arrives at the central unit.

Other devices, like an intelligent car, are full of sensors and cameras for GPS and so forth. The car generates a huge amount of data and, in addition, moves quickly and continuously. The car needs a lot of network capacity to send all the information promptly. The type of network is thus different than for the smoke detector. Wi-Fi, for example, provides a high capacity, but with a limited range of 30 meters maximum. Far enough for a smoke detector, but not for the car.

There are various wireless standards that we can divide into four categories on the basis of two simple criteria, the distance to the base station and the capacity:

LoRaWAN has a capacity of 1 Kbps (kilobit per second) to 50 Kbps, so that it can function at low frequencies (ISM 868 MHz or the 900 MHz band). Consequently, LoRaWAN guarantees a long range of 10 km outdoors and 1 km indoors from a base station. With this technology, Proximus can set up a network that a number of companies can use without having to make large, upfront investments. LoRaWAN also supports communication in two directions like the other networks mentioned.

The low frequency and the technology also make LoRaWAN ‘low power’. To do the same thing with Wi-Fi, for example, you would need 100 to 1,000 times more energy. So small batteries can easily last five years, which makes new business models possible – think of pallet tracking or meter infrastructure. With this technology you can fairly quickly provide an entire university campus, a harbor or even an entire city with a real-time connection between the sensors of intelligent devices to, for example, measure traffic situations or the environment.

The safety of the data too has been considered. LoRaWAN provides standard encryption (128 bit AES) in the communication, so that it is much more difficult to break into the system. This technology will enable us to significantly accelerate the development of the Internet of Things (IoT) and will help our clients start up new business models.