IoT & big data: from dream to reality thanks to co-creation 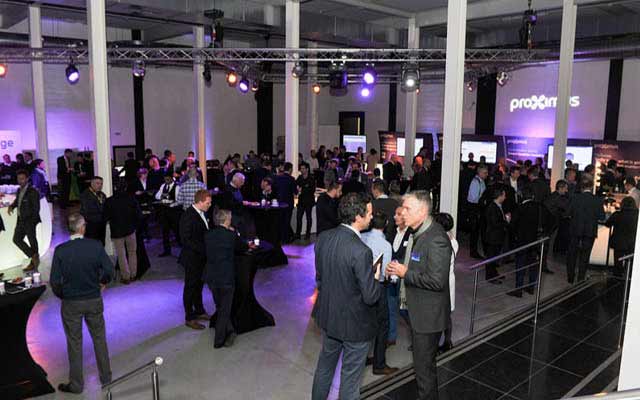 The evolution of the Internet of Things and big data is progressing incredibly fast, the possibilities and challenges for businesses are becoming increasingly realistic. The Think Things 2016 event offered a moment of inspiration and vision for more than 250 participants.

According to Alex Lorette, VP Enterprise Solutions Telco, the IoT is going through an inevitable evolution due to the combination of three factors: a growing supply of sensors, connectivity without borders and data collected through innovative applications. Proximus did not wait for this statement to build an impressive ecosystem.

In 2010, Proximus announced the creation of an expertise centre. In 2016, the telecom operator is already expecting more than a million SIM cards, more than 150 ASP and more than 1.000 professional clients that are improving their processes thanks to IoT. “The next big step will be 5G-technology. The interconnection between things will be very extensive”, confirms Alex Lorette.

The ambition of Proximus is to stimulate the innovation and the realisation of projects related to the IoT but not to take its dominant position. The real strategy is that of the partnership. Co-creation allows the formation of a solid, evolutionary and secure ecosystem that respects the rules of personal data protection.

During the panel of experts, Alain Vandenplas (Brussels Airport), confirms the ambition of the enterprise: “The IoT and big data are realistic opportunities to increase security and improve the experience of the passenger. We are thinking more about Service than about Infrastructure.”
For Philips Lighting, it is about strategy: “By 2030, 60% of the population will live in cities and the world will count 70 billion light points. The IoT will facilitate the traffic of information, improve the ecological impact, increase the security and will allow the connection of people with the city”, Xavier De Blocq explains. “Technology has the power to let us dream. The transformation of a dream to reality is only possible through individuals”, confirms Stefaan Top at AllThingsTalk. The challenge is clear: facilitating interconnection and shaping ideas.

LoRaWAN (Long Range, Low Power), the result of an international coalition, is already the common denominator in 49 countries. The connected platforms use applications to gather generated information. A real ecosystem based on a strong synergy between partners. “The success of the implementation of the IoT with Proximus-clients is dependent on the connectivity, the materials and the applications. Proximus counts more than 50 types of sensors (the LoRaWAN catalogue) that actively participate due to their optimal network range (2G, 3G, 4G) and an abundance of Smart applications”, Frederic Lhostte, Head of Advanced Telco Services at Proximus, clarifies.

“The selection of services that Proximus supplies is extensive and allows the transformation that all sectors know today to be manageable. From electronics to healthcare to the management of cities and buildings”, Katia Deboel, Lead Manager-M2M & IoT at Proximus, explains. “And if the integration of the IoT still seems far away for some companies, Proximus will stimulate and help them to start with IoT by identifying its worth. For this there is the IoT ‘Discovery Box’: 3 sensors, a connectivity plan and access to the IoT ‘MyThings’ platform. And in the form of a Christmas present, we offer an answer to the question of clients to imagine the ideal sensor (i.e. affordable, small and the possibility to activate several devices): It is called ‘MySense’, a sensor that offers no less than 10 functionalities!”, announces Katia Deboel.

Simply explained, Proximus specialists transform historical data on cell level to relevant information: Proximus.be/Analytics. “Thanks to a self-service interface, the user receives an anonymous and very extensive report that allows them, for example, to understand the behaviour of their visitors better”, Evi Heeman and Stefania Cappiello of Proximus explain. The future offers real-time reporting and more accurate measurement.