High tech gets its teeth into metro trains 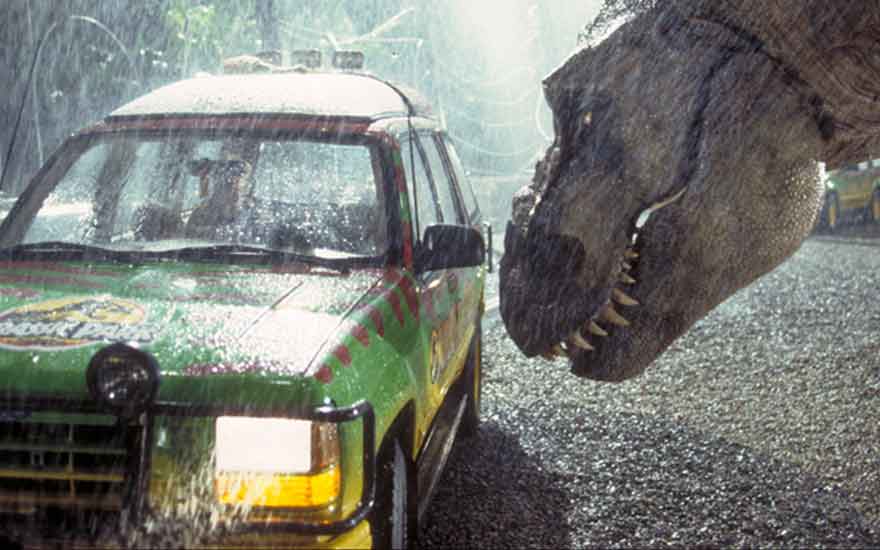 The automated safari jeeps in Jurassic Park ride along on rails. Renaud de Saint Moulin thinks that is a logical place to start. “The real challenge is to put vehicles like this in the unpredictable world of ‘real’ traffic. That takes an exponential increase in processing power and artificial intelligence.”

“The flying car? That doesn’t take off.”

“The more difficult the surroundings, the harder it becomes for a self-driving vehicle to make its way through traffic without having accidents. The metro is an obvious choice for automation. It has its own track, travels through tunnels and doesn’t encounter other traffic. So we’re working hard to make the metro, which is now 40 years old, ready for the next 40 years. And automatic trains will play a big part in this. The main objective is to increase the flow of traffic on the lines so that we can transport more people.”

“Having a metro train drive along the track autonomously takes a huge amount of effort in itself. But the real challenge is to get these vehicles out of their tunnels and put them in the unpredictable world of ‘real’ traffic. That takes an exponential increase in processing power and intelligence. The reason this is still a long way off is that to keep everyone safe, today’s solutions mean reducing the flow of public transport.”

The metro teaches itself

“Self-driving metro trains will no longer be centrally guided in the future. More and more intelligence is being shifted to the vehicle itself, like a sort of Knight Rider on rails. The train takes decisions on the basis of the information that it receives from the surrounding area via sensors that tell it how fast it is traveling and when it should brake. The calculations are done autonomously on board the train.”

Metro trains don’t have to land

“Of course, a system with self-driving trains has to be protected against cybercriminals. That’s a concern for the engineers right from the design phase. The big advantage of a metro train is that you can easily put it in a safe position. If the slightest problem arises, you simply make sure it brakes. With an airplane, for instance, that’s a lot more difficult.”

“Metro trains will take decisions like a sort of Knight Rider.”

“To finish, let’s take a look at the distant future, with flying cars or trains. They are already part of science fiction films, but they will never really go whizzing through the air. I’m not even convinced that will ever be necessary. As traffic becomes more and more regular, the congestion problem will ease and the need for something like this will fade away. It will also bring its own problems. Just think of the power supplies it would need.”

The self-aware Beetle: this first film in the long-running Disney series introduces Herbie, an intelligent Volkswagen Beetle with a personality and a mind of its own.

KITT: the name of this superpowered car with AI stands for Knight Industries Two Thousand. Together with David Hasselhoff, it takes up the fight against murderers, terrorists, saboteurs and psychopaths.

Automated taxi: ‘Johnny Cab’ is driven by a robot and is voice operated. You just state your destination and off you go. Easy, isn’t it? Not for Arnold Schwarzenegger, because Johnny doesn’t recognize his accent.’

Safari cars on rails: the original idea for automated vehicles. The rails control the route of the car to avoid accidents. The challenge is to put self-driving cars in the unpredictable world of ‘real’ traffic.

Mass Transit System: this film goes one step further. The self-driving cars are integrated into a traffic network that is centrally controlled by a computer. No more congestion, no more ownership. Mobility is what counts.