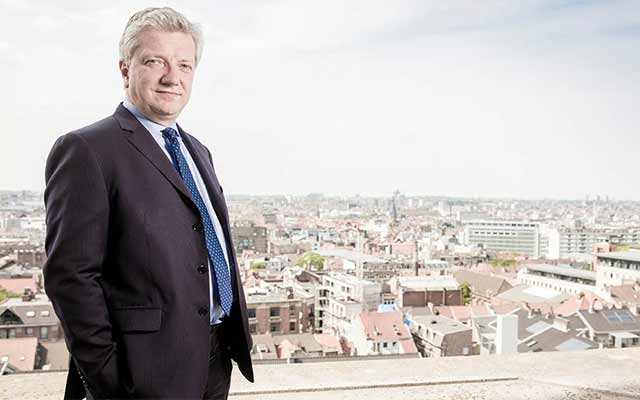 Members of the Frenchspeaking Brussels Bar are always online in the buildings around Place Poelaert after Proximus installed a secure Wi-Fi network with private access.

Construction of the Brussels law courts building, designed by architect Joseph Poelaert, began in 1866. At the time, the building was the largest in the world. The law courts are still in use today. “We’d like to keep it that way,” says Stéphane Boonen, president of the French-speaking Brussels Bar. “But of course that means, just like every other court building, we have to make sure the law courts are adapted to today’s connected world.”

Digitalization is well underway in the legal profession, too. For instance, there is the JustScan project, which ensures that dossiers are accessible digitally. Another example is rolesbxl.be, a portal website that allows lawyers to follow court sessions remotely. Because they can see which dossiers are coming up in real time, they don’t have to hang around unnecessarily and can allocate their time more efficiently. “It all happens here, in the buildings around Place Poelaert,” says Boonen. “So we went in search of a solution that would offer our lawyers a high-performance, stable and secure Internet connection in and around the square.”

It didn’t take long to choose Wi-Fi. “The thick walls mean that 3G and 4G technology cannot be used in the law courts building,” says Boonen. “What’s more, not every lawyer has a device that offers Internet access via these networks.” The French-speaking Bar contacted Proximus – the technology partner of the Federal Justice Department – to roll out Wi-Fi in the law courts and six other buildings in the area, including the Court of First Instance, the Commercial Court, the Juvenile Court and the Magistrates’ Court.

“It wasn’t easy,” says Boonen, “because the law courts building is listed. Proximus had to consider very carefully where to place the antennae, so that the installation would impact as little as possible on the building.”

The antennae provide secure Internet access to the areas where the lawyers work. “The big advantage is that all lawyers are now online, so they can allocate their time far more efficiently. The lawyers can follow the progress of the sessions online, so they know what room to go to and at what time.” During the sessions, they now have easy access to digital dossiers and other online information. The French-speaking Bar sees Wi-Fi as the key to better provision of services precisely because the technology enables greater efficiency and helps prevent time-wasting.

The French-speaking Bar took the initiative to invest in the Wi-Fi project without waiting for intervention from the Federal Justice Department or the Buildings Authority. “We understand that Wi-Fi is not high on the list of priorities. But at the same time, we wanted to take responsibility ourselves as part of the reform and modernization of the justice system,” says Boonen. “Secure Wi-Fi is the solution that helps map out the future of a historic building like the law courts.”

The Brussels Bar has 7,500 lawyers. Around 4,500 of them are affiliated to the French-speaking section. There are 26 bars across the country.