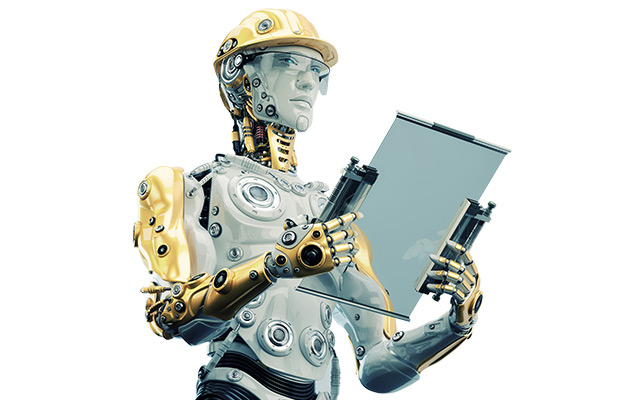 Computers and robots are expected to replace one in three currently existing jobs over the course of the next twenty years – maybe even more. What about your job and industry?

The bottom line of a study executed by consultancy ﬁrm Deloitte and the University of Oxford caused quite the upheaval: it stated that the rise of computers and robots would cause one in three currently human-held jobs to be superﬂuous in twenty years.

Danger zone?
Of course, this is a British study, but there can be little doubt that our country will evolve in much the same way. An American report from early 2014 even claimed that as much as 47 percent of human-held jobs would eventually be replaced by automised processes. According to the British study, administrative workers and accountants are most at risk, together with people working in retail, construction, and transport. Employees currently earning less than 30.000 pounds per year are ﬁve times more likely to become victims of the automation process than those who earn 100.000 pounds or more.

Which jobs survive?
This prognosis may seem bleak, but as always, other doors open – and there are opportunities to be found for Belgian companies, as well. “New technology can help us stay productive and competitive”, says Stijn Decock, chief economist for employers’ association Voka. Our country, he explains, has several advantages: our central location within Europe and excellent education come to mind. “Belgian companies are also well-known for being ﬂexible when meeting their clients’ demands.” Decock is convinced that the employees who’ll survive will be those with qualities that are hard to replace or emulate, such as technicians and scientists, but also certain professions in services and the medical world. “Blue-collar workers needn’t panic, either; robots and other machines still require maintenance and operators.”

Which industries will thrive?
The industries that will drive the increase demand for these proﬁles are the high-tech industries, such as IT, biotech, pharma, and machine production, together with several traditional ﬁelds: food, chemistry, and services companies with a focus on technology also have a role to play. Decock also points to new, creative industries, like apps, 3D printing, and web services. “Many of these companies will stay out of sight – they will create large amounts of added value and prosperity behind the scenes.”