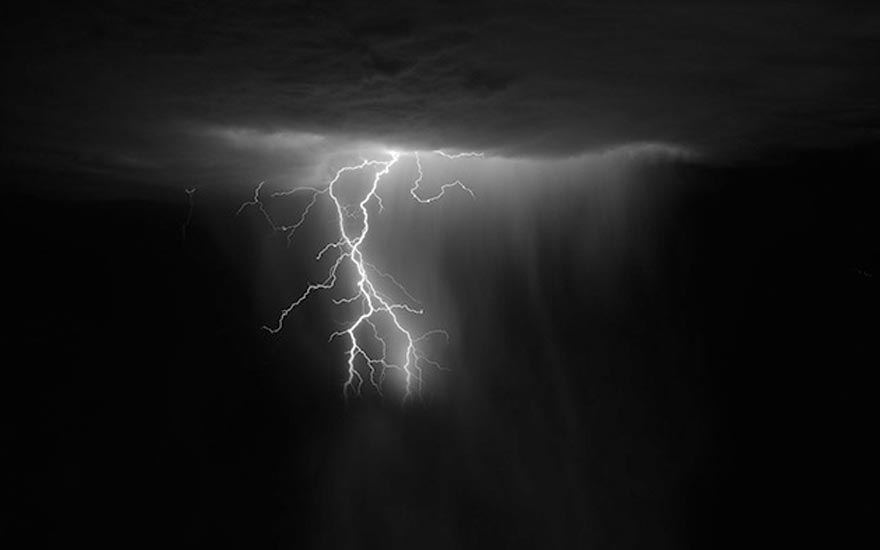 A fire, breakdown, power cut, or hacking – these are only a few examples of the calamities that your company could encounter. It might seem like there’s only a slim chance that these things will happen to you – but your business might be in graver danger than you realise. We talked to a number of businesses about their preparations and the day disaster struck.

“I remember standing in line at the baker’s that Saturday, when I received a call from one of our shareholders. He informed me that our headquarters were on fi re, and expressed his faith that we at the IT department had a plan prepared for this kind of disaster. Which of course made it very clear that he himself had nothing of the sort.” Johan De Witte, IT manager at fashion brand Veritas, well-known for its many Belgian shops, recalls this unpleasant moment in vivid detail. When De Witte got this phone call, the entire Veritas building was ablaze. Luckily, the fi rm had a crisis backup plan for situations such as these. “In the end, however, there are always things you’ve missed – and these things aren’t necessarily trivial! For example, we didn’t take into account that our employees required some basic equipment to get started again – even the simplest things like desks and laptops take some time to order and arrive.” Veritas had moved its IT infrastructure to an external data center prior to the fi re, a decision that safeguarded most data and applications from the flames.

Disaster
Statistics teach us that approximately 10.000 fires occur in Belgium every year – about 25 to 30 each day. And there are other natural phenomena that you’d be wise to prepare for. “A few years ago, a severe thunderstorm passed over our industrial park where our activities were located, and if the water had reached a few meters further, our servers would’ve been fl ooded. Had this happened, we would’ve shut down for weeks, maybe months. It would have been a catastrophe, plain and simpel,” relates Kris Maelbrancke, IT manager at Ceratec, an industrial technology fi rm with 400 employees. Ceratec makes use of three in-house datacenters, one of which is reserved wholly for backups. “At the time we were already working on a plan to map the greatest risks and counter them as much as possible, a so-called business continuity plan. But this near miss defi nitely sped up the process,” he says. “Everyone suddenly became acutely aware of the risks. Accidents happen – and so do rainstorms.”

Who flipped the switch?
Businesses must be aware of potential danger, and prepare for them if possible. “At a certain point, we realised that the datacenter that we had constructed was located in a kind of flood area,” says Luc Verbist, CIO of De Persgroep.“We had to elevate it – almost literally lift the entire structure.” And it’s not only Mother Nature’s whims that are on companies’ minds. Many businesses were worried about the imminent lack of power in our country, this past winter. When the previous government presented their so-called “disconnection plan”, it was made crystal clear that both families and companies in certain areas would stop receiving power in case of a shortage. This preventive measure keeps and kept many Belgian managers up at night, Verbist states. In the fall of 2014, he predicted: “Unless the winter will turn out to be very mild, we’ll be facing some serious consequences. Preparation, therefore, is key.”

Risks
Many of the potential disaster scenarios for businesses will cause their IT services to black out and become unavailable – and that, of course, is also the biggest point of impact. Never before were the consequences of key IT systems as high as they are today. Companies tend to underestimate these scenarios, but the cost of the outage of a business application easily reaches 5000 to 8000 euro per minute, and sometimes more. Additionally, it places an enormous strain on the continued existence of your company and on the market share it holds. Studies show that the market share that is lost in eight hours of downtime takes at least three years to regain.

The weakest link: your people
A constant in the study of professional disasters is the prevalence of human errors. These errors range from a systems manager accidentally deleting data to the clichéd example of the cleaning lady shutting down a computer with the vacuum cleaner. There’s little to be done to prevent these mistakes from happening, but you can prepare yourself for the worse – and that, too, had been proven to be genuinely effective. “We were very happy that we had a plan when we had to deal with the fact that our entire HQ had suddenly gone up in flames,” says Veritas’ Johan De Witte. “That plan was far from perfect, as it turned out. But we had at least considered the possibility and impact of such a disaster in advance, and that is the first and most important step.”

Dangers and risks in ten numbers