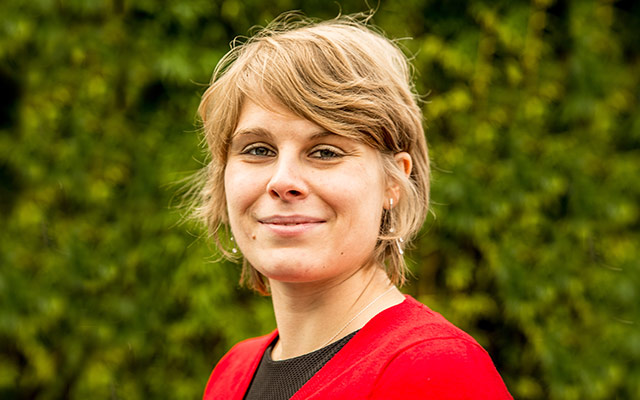 Ellen Van den Berghe is demanding but divides projects into manageable tasks for her employees. She consciously acts as a buffer and translates comments into positive messages. In her spare time, she busies herself preparing tasty healthy snacks for friends and family.

Employees
The National Lottery organization has more than 400 employees. This does not include the people at the 4,800 external sales points with game terminals. The digital communication team has 5 permanent members of staff who are assisted by roughly 20 externals.

What are your biggest professional achievements?

That as the project leader at the National Lottery, I have developed together with my team a completely new website that acts as a digital hub in less than eleven months. The 35 different digital channels were grafted onto that. But also that I was involved in growing the London-based performance marketing agency Intela from a start-up with ten people into a profitable company with 65 employees.

Can I sit between Richard Branson and Freddie Mercury? I want to find out whether Richard Branson of the Virgin Group really is so arrogant and whether that arrogance is justified. I would also ask him what he sees happening in the next forty years. I would like to have asked Freddie Mercury how society regarded homosexuality previously and how it regards it now. I’d also like to ask how he dealt with HIV and the reaction he got to it.

What brand do you always buy?

Nesquik, but that’s about the only one.

I am very open and don’t consciously not reveal stuff. But not everyone knows that I’ve played soccer in the second national division and that I played the flute for 13 years. You can’t go a day without…? The Internet. But I also can’t manage at all without people. I could never survive ten days alone in the desert. I need my daily cuddles and have to be able to have a good conversation.

What would you do if you weren’t doing this job?

Then I would be doing a similar job somewhere else. If I weren’t married and due to have a baby in May, I would probably be sitting in fascinating Taiwan because they are working a lot with new technology there.

What are your favorite apps of the moment?

The to-do list and task management app Todoist.com. I use the digital workplace Evernote.com a lot and then, of course, there’s the Club Brugge app.