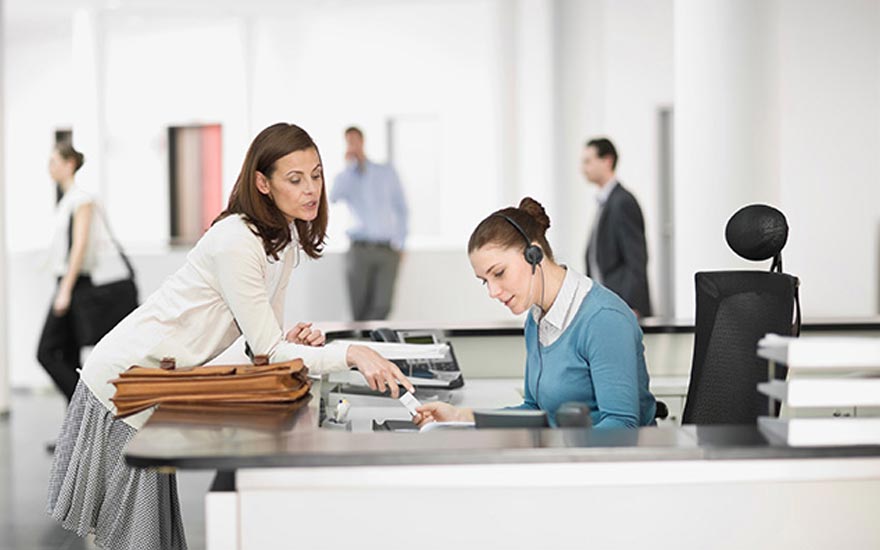 After the move to a new administrative center, the Oostkamp municipality was looking for a suitable way to offer wireless internet. A solution from Proximus built on the existing PubliLink Explore platform was chosen.

Oostkamp, near Bruges, is an urban community with rural town centers. It is green and wooded, but also has six business parks. Shortly after the municipality and the Public Center for Social Welfare came together in a new building, OostCampus, in 2012, the IT service was confronted with a problem. Nele Cools, Communication & IT manager, says: “Before the move, we made wireless internet available to council members, press and visitors during sessions of the town council. This system was moved too, but it died shortly after the move. Then came the offer from Proximus to take part in a Wi-Fi pilot project. Since we had to act quickly and we were already equipped with PubliLink, this was just what we needed.” With the replacement, the Wi-Fi offer could be extended to all visitors to the center. “Now people can get on the internet if, for example, they have to wait at the Registry office. Previously that wasn’t possible, because our services were too spread out.”

The solution was implemented in the autumn of 2013. After a trial period of six months it was evaluated. A few adjustments followed, after which it was definitively decided to continue the project, to the satisfaction of the residents. Nele Cools: “In the beginning they found the login procedure cumbersome. Users got a sms with a code to enter. That was changed and now they just have to check a disclaimer.” For the time being the Wi-Fi solution is intended only for visitors, employees are working separately via a wired network with fixed PCs. “But the IT world evolves quickly, and fortunately the system offers the possibilities for expansion needed to safely connect our internal network.”

From this and other initiatives it is apparent that IT plays an essential role in the future-oriented policy of Oostkamp. “For one thing, we want to work on internal efficiency, like digitizing, single data entry and automation where possible. The focus must lie on knowledge work, not input work.” A second emphasis is on online services such as online ticket sales, digital building permit applications, etc. Crucial in the success of any IT project is the support of competent partners. “Proximus met our needs on all points. A site survey was also included in their pilot offer. We are after all in a special building with a domed structure, and we had doubts about the coverage. From the survey it turned out that we could achieve ample coverage in the public portion and the council chamber with one antenna. Proximus also met our request to manage everything ourselves.”

Oostkamp in West Flanders has over 23,000 inhabitants and an area of 8000 ha. The green community has a lot of agriculture and horticulture, but also has six business parks.

Nele Cools has worked for 9 1/2 years at the town hall, and for five years as the manager of Communication & IT. Before that, she worked in the private sector as a press and media coordinator. For her, local government offers new challenges every day.