Your brain in cruise control 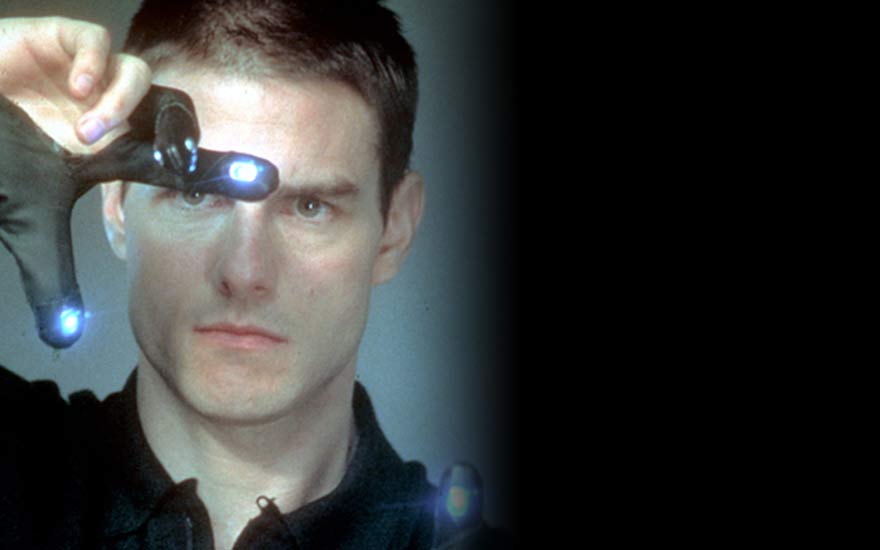 “The interface used in Minority Report to manipulate images with your hands is already outdated. Now you put on a helmet, think of something and it happens. That’s how far we’ve come,” says John Baekelmans.

Shooting with your brain

“Imec recently introduced a wireless, lightweight helmet that measures brain activity. The helmet receives instructions from the brain and puts them into action. We are currently developing medical applications and we are also working with game developers because in the future, the helmet will make remote controls superfluous. It converts the commands from your brain directly into instructions in the game. Whether you want to shoot, duck or jump, you just have to think it and it happens.”

A software program as a coach

“Wearables can measure your medical condition. That means we will be able to provide personalized coaching. Suppose that every Tuesday, after the meeting with your boss, you rush off to the hamburger stall to eat away your stress. Active coaching will then change your thoughts by using algorithms. Based on the real-time and historical data measured, they know what your body needs at that moment. And it won’t be cheeseburgers. It will probably be a salad with superfoods.”

“With hyperspectral imaging, a camera sees more than we can perceive with the human eye. If a drone carrying a camera like this flies over a potato field, the farmer can measure the specific water requirement per surface area. The hyperspectral camera not only looks deep into the ground, but it can also observe the vital parameters in our body. On this basis, it will indicate, for instance, that asthma medication needs adjusting.”

“Security is immensely important with the Internet of Things. For instance: these days, for just $11 you can buy a device that can intercept the secret code of the remote control for cars. Imec steps into the breach with secure proximity, whereby the remote control is precisely located and will only communicate safely in the ‘circle of trust’ around your car. And then there are applications in buildings where badge readers will no longer be necessary. You will automatically be given access to the zone where you are authorized with your badge or phone in your pocket.”

“Shooting, ducking or jumping: you think it and it happens.”

“In the future, you will no longer drive alone. Today cameras can already detect whether your eyes are shutting. Tomorrow, with the help of radars in the dashboard we will continuously record the essential physical parameters of drivers, such as the heart rhythm and breathing. That’s good for your safety. For example, it will be possible to automatically adjust the cruise control and take the car out of self-driving mode when you are tired. Or simply carry out a health check. Safety first!”

Internet of Things in film

IoT in 2017: automatic vacuum cleaners, smartwatches for video conferencing, sensors to measure sleep – the science fiction series by the makers of The Flintstones comes amazingly close to reality.

Q’s inventions: what would James Bond be without his gadgets? In the eighth Bond film, 007 wears a Rolex with magnetic powers to deflect bullets and move spoons.

Intelligent computer system: Skynet, a network of artificial intelligence, manages the entire US weapons arsenal. But what if Skynet starts operating by itself?

The near future: self-driving cars and houses that you can run using voice commands are not far off. The scene where Tom Cruise operates the ‘pre-crime’ interface with gloves to the sound of Schubert is already outdated according to John Baekelmans.

IoT in space: humanity takes refuge in a spaceship waiting for Wall-E to make the earth inhabitable again. Literally everything is done for them by centrally controlled robots. Even bringing up the children!