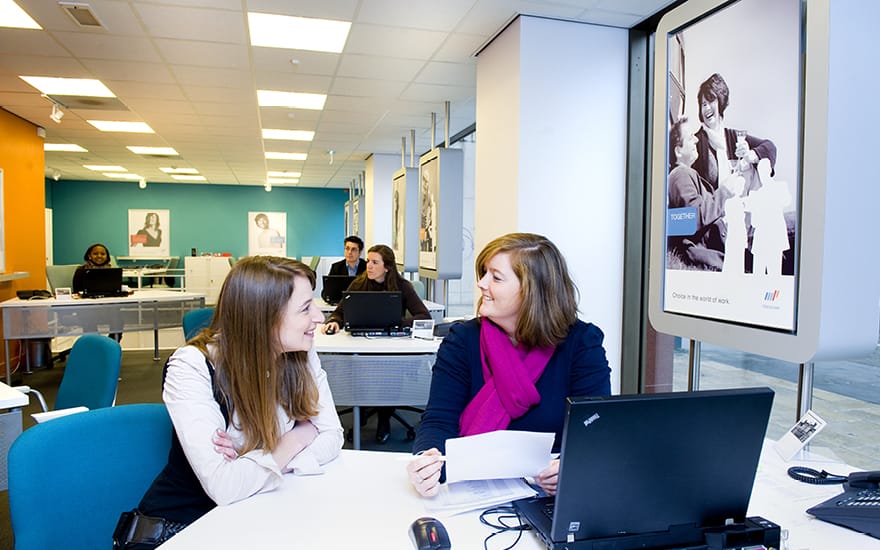 The HR service provider ManpowerGroup is currently going through a major digital transformation project. The company’s internal network is one of the core components for the implementation of this project. Proximus is helping to make the network faster, more secure and more flexible.

“When we started the digitization project, it soon became clear that the existing network structure was no longer suitable for the path that ManpowerGroup wanted to take,” explains Johan Bruyninx, IT Manager Security & Compliance Officer at ManpowerGroup Belgium. “The speed and flexibility of the network infrastructure are becoming more and more important and the equipment that we had a year ago was no longer able to keep up.”

New generation of network infrastructure is based on software.

In the US, ManpowerGroup had already given its network a major upgrade with a Meraki (Software Defined) SD-WAN solution. Belgium was the first European country in the group to implement this same solution. “When we used to buy new network equipment for our branches we had to deal with all settings on site and then readjust the underlying Explore MPLS settings,” says Johan.

“That took a lot of time and trouble and consequently money, as well. Now when we buy a specific piece of equipment, it simply has to be installed. All the settings are adjusted via templates on one central dashboard. Not only is it faster and cheaper, but it’s more secure. All the correct settings are already in the template, so it’s always right at first.”

And that is not the only advantage. The SD-WAN creates a sort of layer above ManpowerGroup’s private Explore MPLS network, together with separate internet lines, and acts as a guide that accompanies all data traffic and directs it to the correct hardware. “Now they have the best solution for all circumstances,” says Stefan Coppens, Solution Sales at Proximus. “An email message is dealt with via the broadband line, a VoIP conversation via the Explore MPLS network.”

“An SD-WAN requires a mix of MPLS and conventional internet broadband in any case,” adds Philip Bosteels of Proximus Presales. “For instance, no quality guarantees are given on telephony via an ordinary internet connection (SLA). With Explore they are.”

All the settings are now adjusted via templates on one central dashboard. Not only is it faster and cheaper, but it’s more secure, too.

Drawing up a plan

Together with Proximus, ManpowerGroup drew up a plan whereby the Proximus team installed the lines (Explore MPLS and/or internet) and the ManpowerGroup field support services and network engineers then established the connection on site. “The Proximus team worked very quickly to lay the lines so we were able to carry out the entire network transformation in three months,” Johan tells us. “Thanks to the new fiber technology, we can guarantee the speed and security of our network. What’s more, our network costs have fallen by half. The whole project has a payback time of barely three years.”

With its SD-WAN, ManpowerGroup can now benefit fully from the stability of the Proximus Explore MPLS network and the internet lines. The fiber technology used, also offers a very high speed and low network latency, which ensures optimal user comfort. The roll-out and management of the network are far more flexible and more efficient, which saves time and money.

“Particularly now that more and more companies want to use a mix of their own servers and cloud services, a solution like the one installed by ManpowerGroup proves its usefulness,” Stefan explains. “The SD-WAN ‘sees’, as it were, which apps are running and where there are any bottlenecks and can act on the problems immediately. In the past you had to guess where a bottleneck was.”

The fact that the entire network can be managed very easily and centrally with a simple dashboard certainly saves costs, but that does not mean that an SD-WAN is suitable for every company, Philip stresses. “Companies need to carry out a cost-benefit analysis for themselves.”

The big advantage that Proximus has to offer is that the company can monitor the entire installation end-to-end. “In many projects, we compete with conventional IT integrators, but they can only see the equipment,” says Stefan. “We have the underlying connectivity under control. If you work with two parties (a telecommunications company and an integrator), sometimes they put the blame on each other if there are problems. And as a client, you are often sent from pillar to post. As the sole partner, Proximus is responsible for the entire chain.”

More and more organizations are switching to a Software Defined Network (SDx). Tom Vanfleteren, Head of After Sales Support at Proximus, explains.

ManpowerGroup is one of the world’s largest HR service suppliers. The company has branches in over 80 countries and employs over 28,000 people. There are around 600 permanent staff in Belgium.

Johan Bruyninx has worked for Manpower since 2011. In July 2013, he was appointed as IT Manager Belux and was responsible for all infrastructure (systems, networks, equipment), field support and helpdesk. Since 2016, he has been IT Manager Security & Compliance Officer.