Over to the expert: Luc Derie 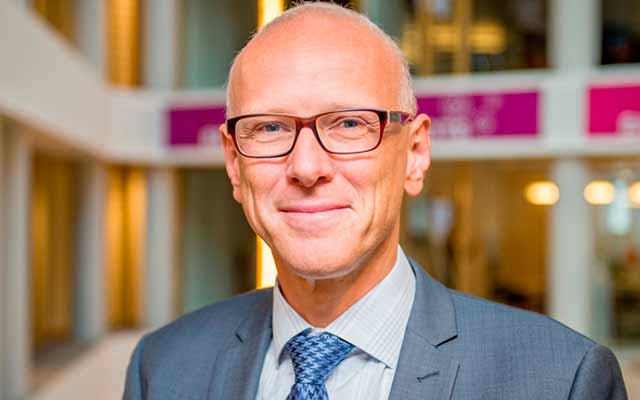 With the connected metro, the public transport company STIBMIVB can serve more passengers and shorten waiting times during peak periods. New technology for safety signaling aims to achieve this goal.

The first metro line in Brussels came into use in 1976. The way we run the metro network, these days, is still based, in part, on outdated technology from that time. This way of working restricts the capacity of the network, while demand just keeps on growing. During peak hours, the network is largely saturated. So, at these times, passengers cannot board the first train that arrives in the station, but have to wait for the next one. Our challenge is to increase the capacity of the metro in the context of the existing network.

Every metro line is divided into fixed zones, also known as ‘fixed blocks.’ These zones ensure a safe distance, at all times, between two trains. If there is a train in a zone, the following trains automatically get a red light. To increase capacity, in principle you could make the fixed blocks smaller, so that the trains could run closer together. But to maintain safety, the trains would then have to run more slowly. As a result, we would lose a major advantage of the metro: the speed of the connection.”

“New technology for safety signaling – based on the principle of the connected train – offers a solution. Not for nothing is this technology called CBTC – communication- based train control. The new technology determines not only the safe distance between two trains, but also the speed of the second train on the basis of the location and speed of the first. Instead of fixed blocks, moving blocks are created. The point that the second train cannot pass – on the basis of safety considerations – is dynamically connected to the train in front. That point moves with this first train and changes in line with the speed of travel and the topology of the metro network.”

“The new system is based on constant two-way communication between the trains and the infrastructure. The permanent exchange of data on the location and speed of one train via Wi-Fi makes it possible to pass on the best speed (for all trains) to be maintained at all times. This means that the trains can run closer together yet safely, thus creating more capacity. Initially, we will be switching in Brussels to a system that automatically connects the instructions on the speed to be maintained to the traction and braking system of the train, so that the train speeds up and slows down fully autonomously and automatically.

The driver is still present to ensure interaction with the passengers, as well as to open and close the doors and give the signal to depart – after which the system takes over again until the next station. In its most advanced form, this technology can be used to operate trains in total safety without any human intervention, the ‘automatic metro.’ A fully automatic metro, without drivers, is planned for the expansion of the existing metro network including the new Albert-Bordet line.”

Luc Derie is Program Director Modernization Metro at STIB-MIVB. With this program, STIB-MIVB is aiming to increase the capacity of the Brussels metro network by introducing a new safety signaling system and self-driving trains. Before he joined STIB-MIVB in 2013, Luc Derie had built up over 20 years’ experience at train manufacturer Bombardier.