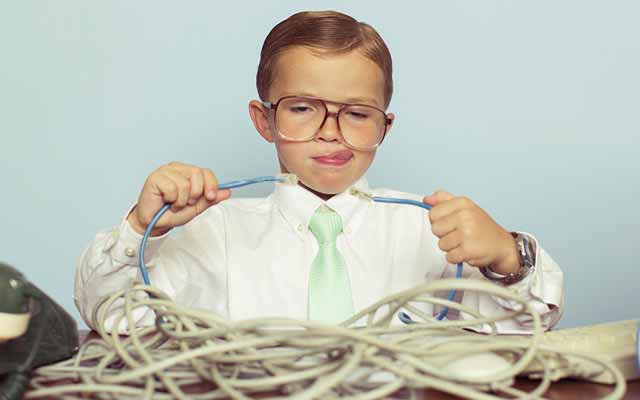 These days, Internet access seems as obvious to us here in Belgium as the supply of electricity or water. But the worldwide web can still go down, often with far-reaching consequences for your business activities.

From the accessible points on your website, to mobile payments, to working in the cloud: an ever larger share of our crucial business activities takes place on line. With all the advantages this brings: it’s faster, it’s far more efficient and, therefore, it’s also cheaper. But the more companies work entirely or partially on line, the greater the impact on the economy if the Internet fails or slows down temporarily.

A recent study conducted by Deloitte estimates that for a country with a high Internet penetration level – like Belgium – the daily impact of a temporary Internet outage and resultant loss of all the connected services would amount to € 21.7 million per population group of 10 million. And with the meteoric rise of the Internet of Things – where machines communicate with one another without human intervention – this figure is set to rise still further. The loss of the Internet will then have the same effect as a power outage: everything will grind to a halt.

The loss of the Internet has far-reaching consequences for your business operations. The most recent e-mail figures from 2015 showed that an office worker sends an average of 121 e-mails per day. But an interruption in e-mail traffic is just the tip of the iceberg:

However, the biggest cost of all proves to be the most difficult to calculate. If consumers cannot reach your company, your reputation suffers. Many customers lose confidence in a company whose connection fails several times a year. A single outage is often enough to drive regular customers to the competition.

Despite these costs and risks, surprisingly enough 56% of businesses in the United States and 30% of European companies do not have a structured solution ready in case disaster strikes. And yet 87% of these same companies admit that the loss of the Internet would damage their business. Twenty-three per cent of them even describe this doom scenario as catastrophic.

Just as with a healthy shares portfolio, it important to spread the risk with data protection. Instead of working exclusively in the cloud, for instance – or conversely on-premise only – you would do better to use a combination of local storage and cloud solutions to avoid losing crucial company data. And then there are the problems that can be caused by an Internet failure.

You can guard against these risks by means of a mobile back-up that is activated automatically and immediately as soon as an Internet outage occurs. So you can be sure that your online access will never be interrupted.

Did you know that with Mobile Back-up, you do not have to pay for the mobile data that you use during an Internet outage?

Find out all about the Mobile Back-up solution