IBM Q System One, computer of the future 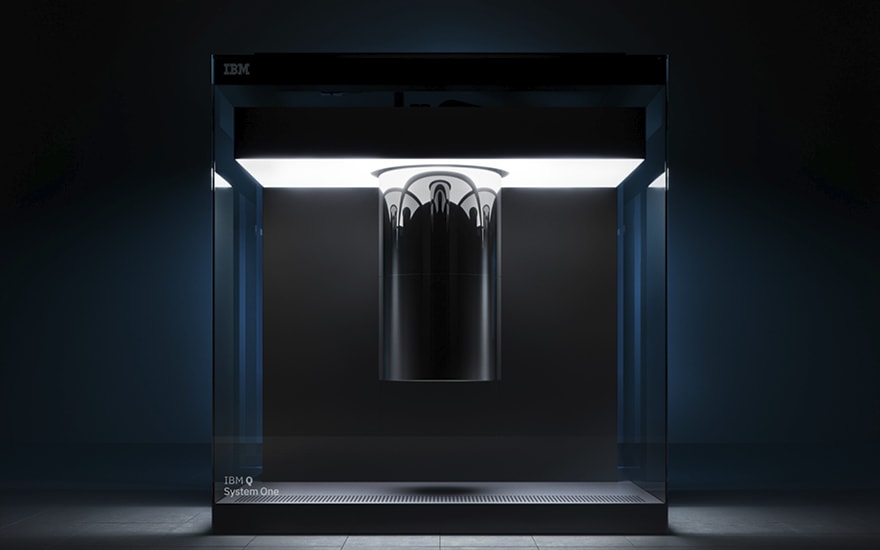 IBM Q System One is the world’s first integrated quantum computer system for scientific and commercial use.

Find out all about the IBM Quantum Computer in this video.

The computer is a fully integrated structure of superconducting circuits, hypermodern qubit transistor chips and a cryogenic cooling space to keep the chips at a constant temperature of -270°C. The striking design, with its black polished housing enclosed in a 27 m3 glass container, looks very much like something you would encounter in a sci-fi movie. The design was conceived by the same company responsible for the display case of the Mona Lisa.

Unlike a regular computer, a quantum computer does not work with a binary code of 1 and 0, but with a spectrum that can continuously include everything between 1 and 0. The transistor of a quantum computer can, in other words, be in two inputs at the same time. This state is called ‘superposition’. If a regular computer has to predict heads or tails, it can only guess between heads or tails.

A quantum computer, on the other hand, can give all possible answers at the same time, so that it will always be right. This provides an enormous simplification in computing power. A 100-qubit quantum computer can, in theory, do the work of all supercomputers in the world in just a few milliseconds. With its 20 qubits, IBM Q System One is only a first step in that direction. But the promising applications, such as remote surgery and conscious AI, already make you dream.