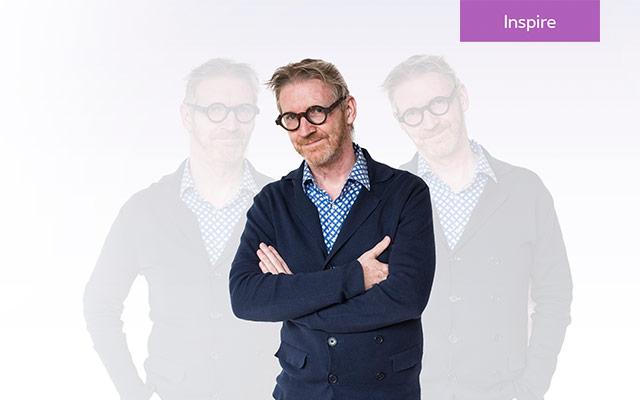 If you want your company to do as well tomorrow as it is doing today, then you needed to be prepared yesterday. We asked trendwatcher Herman Konings which consumer trends he sees breaking through in the very near future, so that your company is ready for the consumer of tomorrow.

In Belgium, trendwatchers are not yet a common feature, apart from the obligatory end-of-year list. Their services are used far more in Scandinavian countries and in England, Germany and the Netherlands. “The joke is that these are precisely the countries that innovate most. Belgium is lagging behind when it comes to innovation. That's a pity.”

We Belgians tend to wait and see which way the wind is blowing. In the trendwatchers’ view, that is not always the best strategy for an entrepreneur. “For instance, Belgian firms have really only just started with e-commerce. And it's none too soon, because in the meantime mainly foreign companies like Zalando and Sarenza have seen their chance. But of course, it's not just due to a late response from entrepreneurs themselves. All these online orders have to be delivered quickly and cheaply. In Belgium that doesn't happen yet, partly because of the legislation. So Belgian consumers tend to place orders in the Netherlands, because there they can have the products delivered to their homes quicker and cheaper than in their own country. It is estimated that this costs us around five billion euros a year.”

The biggest mailbox ever

But things can be different. Herman cites the Cardrops invention from the Belgian Board of Innovation. “The invention was sold to Volvo a year and a half ago, and they rolled it out successfully in Sweden. It involves a chip in the boot of a car. Thanks to this chip, a courier can find your car using his Sat-nav and open your boot to put your parcel inside. So that gives you the biggest mailbox you can imagine and you never have to take delivery of a parcel yourself again. It saves a huge amount of time for the couriers and especially for consumers as well.”

According to Herman, saving time is the key to the future. Mainly analog time. Despite all the digital innovations, these days twenty- and thirty-somethings yearn, above all, for time without constant digital calls on their attention such as incoming e-mails and headlines on social media. “Just look at the comeback of Singer sewing machines or traditional food trucks. But funnily enough, it's precisely digital innovations that will give them this analog time. The best example is, of course, self-driving cars. No more stress from traffic jams, you can simply work in peace in your car while it takes you home, so that you've finished by the time you get back and you have more time for your wife and children. And these self-driving cars are also good news for traders in city centers, because consumers no longer have to look for somewhere to park themselves: their car drops them in front of the store and then comes to pick them up again.”

The Internet of Things

“Of course, it goes much further than self-driving cars”, Herman continues enthusiastically. “It is estimated that fifty to sixty billion everyday objects, some even say eighty billion, are currently waiting to be able to communicate with one another. All sorts of ordinary, analog things that we have to do at the moment – like the washing, standing in queues, etc. – will be done by machines so that we have more quality analog time.”

But Konings does not think that from now on, everything will be dealt with by machines – on the contrary. “A survey of cancer treatments showed that when you replace treatments recommended by professors with treatments selected on the basis of big data, the successful treatments increase from 50% to 70%. That's obviously huge. But the same research also looked at a third option: a combination of big data and the expertise of professors. And then the effectiveness of the treatments suddenly goes up to 90%. So despite all the hyper-cognitive intelligence of supercomputers and big data, we still need the 'hands-on' expertise and social intelligence of people.”

According to Herman, the sweet spot in companies, too, lies in a combination of big data and human capacities. “In the past decade, the number of visitors to car dealers' showrooms has fallen by 75%. People look for their information on the internet and then go to the showroom afterwards. BMW has responded to this by completing its traditional sales staff who provide information by a ‘Product Genius’ who passes on his passion for the product to the consumer. This passion and the empathic ability to anticipate the consumer's desires can't be replaced by big data that quickly.”

The Internet of Things (IoT) is a technology and development in the market based on the interconnectivity between everyday objects  and  applications. IoT is useful in very diverse  situations, e.g. for tracking assets, stock control, transport and location-fixing, security, following people’s movements, smart cities and energy saving. No-one knows just how many machines will be connected to one another and to the internet. Cautious forecasts set the figure at 26 billion, while others are much higher. What is certain is that it will be far more than the maximum number of 4.3 billion IP addresses. All these devices will also collect and send far more data, so 4G and 5G will soon become the norm.

Big data are not just a treasure trove for big companies. SMEs can benefit greatly from them, too. How? These tips are a good starting-point.

A lot of SMEs feel intimidated by the word ‘big’ in big data. Well, you can just drop it. Try to establish precisely what data you need and initially benefit from that.

Take matters into your own hands

Don't let your big data be led by your IT department. There is no point in starting up a large-scale analysis project if you don't know what you want to know. So big data is mainly a question of good business management, carried out by IT.

Why build up your own big data system when there are already countless systems on the market? Take the time to find the system that meets your needs. If, for example, your data comes mainly from the cloud, then a big data tool from Amazon Web Services is a good choice. Is real-time information more important to you than thorough analyses? Then you’d best hurry along to Splunk, which identifies trends and patterns… the  moment they occur. The same goes for ICT infrastructure: cloud-based solutions, these days, are much cheaper (and more accessible) than building and maintaining an in-house IT infrastructure.

Make use of social media

Social media are a huge existing source of big data and consumer insights. Assess the needs of your consumers by collecting big data from channels such as Twitter, Facebook and other social media.

Even if you don't see any immediate advantage in big data at the moment, it's still best to make a start. Otherwise you'll soon lose the edge over your competitors.