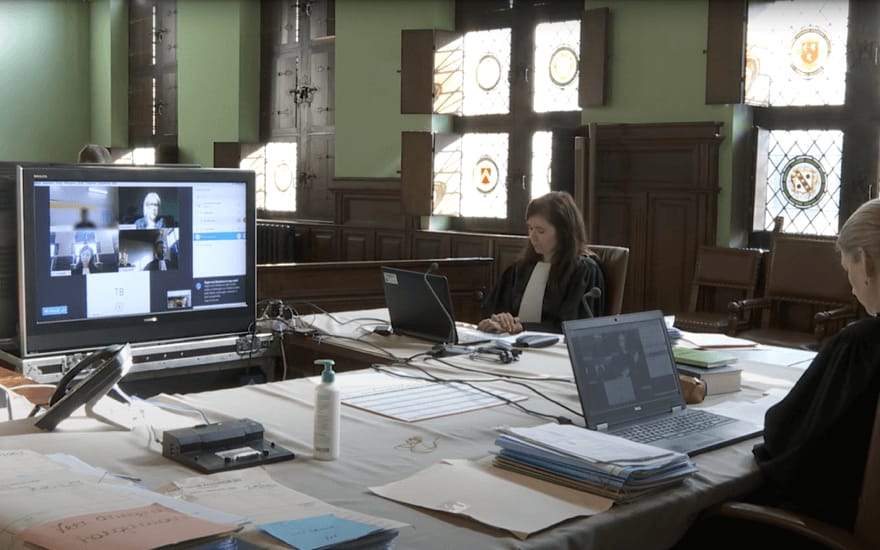 Despite the fact that the technology was available, there was very little appetite for videoconferencing at FPS Justice before the Corona crisis. Now, the pandemic has smoothed the way for much more extensive use, not just of video but of digital tools in general.

“Videoconferencing is now an integral part of the day-to-day business of the Justice department, and will remain so in the future”, says Ivan Verborgh, ICT director at FPS Justice. The lockdown at the end of March last year speeded up the process. Circumstances forced FPS Justice to adopt a very pragmatic approach to deploying existing video installations, especially in ‘mixed mode’. For example, a detainee can now appear via video link before a judge, without having to be transferred from prison.

In addition, Proximus rolled out Webex at FPS Justice in a very short space of time. “The service for the Justice department has to be guaranteed at all times”, said Ivan Verborgh. “Video helped us not only to support internal communication but also to maintain contact with external parties such as the law centers.” The reality of working from home also reinforced the role of an application like e-Deposit, whereby counsellors and citizens can submit letters, conclusions and pleadings electronically in a specific dossier at a court.

“The Corona crisis threw the value of digitalization into relief”, said Ivan Verborgh. “We will continue along that road. The ultimate goal is to digitalize the entire chain: from the police, via the Public Prosecutor’s Office, to the court and prison systems.”

“Because of the pandemic, there is a huge commitment to digitalization in the courts”, says Theo Byl, examining magistrate and chairman at the Antwerp Court of First Instance in Mechelen. “We are advocating that files are digitalized right from day one. The relevant police department, public prosecutor and court will all work with the same digital dossier. It’s a modern and efficient way of working.”

IT supports mission of prison system

For the directors of the prison system, there are two reasons why prisons should be digitalized. “Our mission is to integrate detainees back into society. But it’s a society that is changing fast”, says Director-General Rudy Van De Voorde.

“If we don’t teach them how to use digital tools, they risk missing the boat again.” On top of that, many services, such as distance learning, are only available online. Rudy Van De Voorde: “So, we’re offering a platform in three prisons to facilitate distance learning. The idea is to offer even more digital applications for all our prisoners in the future.”

Vincent Van Quickenborne, Vice Prime Minister and Minister of Justice: “We want our justice system to be faster, more human and stronger. Digitization is not the goal itself, but the means to realize this. A sizeable investment of €100 million makes it possible to catch up. A new generation of magistrates is certainly willing to participate. Moreover, Corona turned out to be the game-changer and led to a switch in mindset at all areas of justice.”