The energy revolution concerns everyone 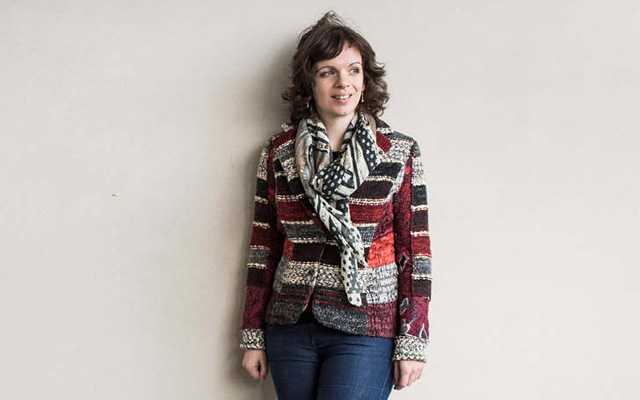 EnergyVille carries out research into sustainable energy and smart energy systems. It combines the expertise of VITO, imec and KU Leuven. “We work out practical applications for companies and public authorities,” says Helena Gerard. The Senior Researcher at VITO/EnergyVille looks ahead to new standards in energy efficiency and sustainability in Belgium.

What is the general position as regards smart energy in this country?

Helena Gerard: “The 2020 standard remains the main starting-point. In 2007, Europe made a commitment to achieve three goals by 2020: a 20% reduction in CO2 emissions compared to 1990, 20% more energy efficiency compared with status quo forecasts for 2020 and a 20% share of renewable energy. The 20-20- 20 goals apply to the whole of the EU. For Belgium, Europe set the following targets: a 15% fall in CO2 emissions, an 18% increase in energy efficiency and a 13% share of renewable energy. However, the efforts being made were rather overshadowed by the economic crisis. In the past few years, it has become clear that we need a real energy revolution.”

In other words, it’s not enough to fit photovoltaic panels and put up wind turbines. What does this revolution involve?

Helena Gerard: “In the past, the energy supply was linear and predictable. Conventional electric power stations generate power in line with demand. But it is difficult to predict the generation of wind and solar power. So the supply is variable compared with demand. To absorb the difference between supply and demand – for instance when there is no sun or wind – you still need conventional power stations. But they have to generate less power, more cheaply and far more flexibly.What’s more, you can’t just keep switching conventional power stations on and off. It’s not cost-effective and so suppliers have shut down such power stations, temporarily or otherwise. Consequently, reports pop up in the news about possible energy shortages.”

So should we bring the old power stations back into use?

Helena Gerard: “Not necessarily. The structural solution lies not with supply, but with demand. We have to reverse the roles. Demand needs to follow production. That’s the real revolution.”

How can you do that?

Helena Gerard: “We need to make the demand for energy flexible and give this flexibility value. Those who are flexible at peak times during the day – and, for instance, can reduce some of their energy consumption for a couple of hours – should benefit from doing so. Schemes like this already exist for large companies. It’s more difficult, though, to apply them to families and small companies. The energy volumes involved are far smaller. We are seeing a new role emerging here. Aggregators are new players who combine the energy volumes of families and small companies and can thus get a certain amount of value from flexibility in these volumes.

In the context of 2020, a great deal has been invested in wind and solar power. The supply is there. But the challenge is still to find a solution to steer and guide demand. The development of applications that make it possible to store energy, such as batteries, is particularly interesting in this respect. After all, such applications enable us to bring demand and supply more into line with one another and lead to a fall in the use of the electricity grid. As regards the share of renewable energy, Belgium is already doing well, although additional investment will be necessary, particularly if a number of planned large-scale biomass projects ultimately don’t go ahead. More efforts need to be made regarding energy efficiency and the reduction in CO2 emissions by 2020.”

Helena Gerard: “Regarding the European climate and energy targets for 2030, Europe renewed its commitment in 2014. The targets here are 40% less CO2, 27% more energy efficiency and 27% more renewable energy by 2030. What’s more, Europe confirmed these goals in the Paris global climate agreement – the successor to the Kyoto treaty. In addition, there is a roadmap for 2050, which proposes a CO2 reduction of 80-95% compared to 1990.”

2050 seems a long way off but, in fact, it’s a relatively short period in which to change our whole way of living and working.

Helena Gerard: “That’s right. In addition, there are two developments that are working against each other. On the one hand, we want lower emissions, more efficiency and a larger share of renewable energy. On the other hand, we know that our energy needs in 2050 will be greater than they are today. So it is important to include sustainability and efficiency in the mix. And the energy market has to develop as well, through more flexible solutions from the network operators, through the activities of aggregators, but also through the development of new business smart meters, and smart devices. Consumers need to be more aware of their energy consumption, too. Everyone is involved.”

Helena Gerard studied commercial engineering and began her career with Engie Electrabel in 2008. Since the end of 2014, she has worked as a senior researcher at VITO (Flemish Institute for Technological Research). Through this role, she has become involved in the development of EnergyVille – a cooperation project between the energy specialists at VITO, imec and KU Leuven.