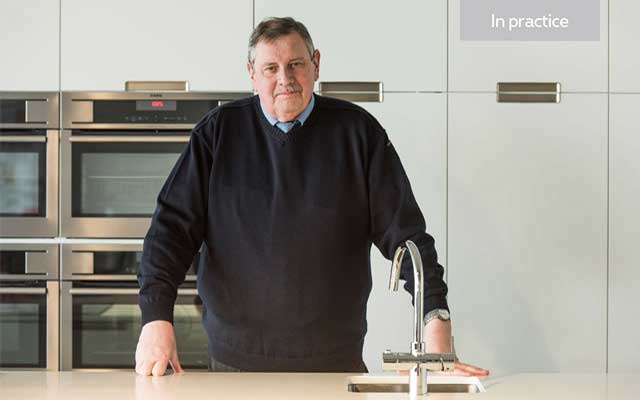 Incorporated in 1980, Dovy Keukens now has over 300 members of staff and turns over € 59 million/year. The head office and 37,000 m² factory are in Roeselare. The company also has around twenty showrooms.

Dovy Keukens had to cope with overly slow internet connections and synchronization problems while carrying out orders for kitchens when working with its various sites. Kitchen plans and the adjustments made to them result in heavy technical files, says founder and manager Donald Muylle. To deal with the problem, Dovy opted for the fiberglass solution. Not just to be able to send bigger volumes at faster speeds to the various showrooms, but also to sales representatives out on the road. So the showrooms are now monitored digitally on a permanent basis.

In the past, this could only be done every five minutes, sometimes with power outrage and transmission problems, and synchronization took an hour. In the fiberglass age, these disruptions are a thing of the past. All the showrooms are synchronized with one another and with the head office within two minutes. Greater data security, as well as much faster and more reliable digital communication substantially improve the company’s reputation. The next step we are taking with fiberglass is to be able to communicate with clients and prospects digitally from the showrooms. “A valuable investment that soon paid for itself,” says a satisfied Donald Muylle about the Dovy fiberglass project.