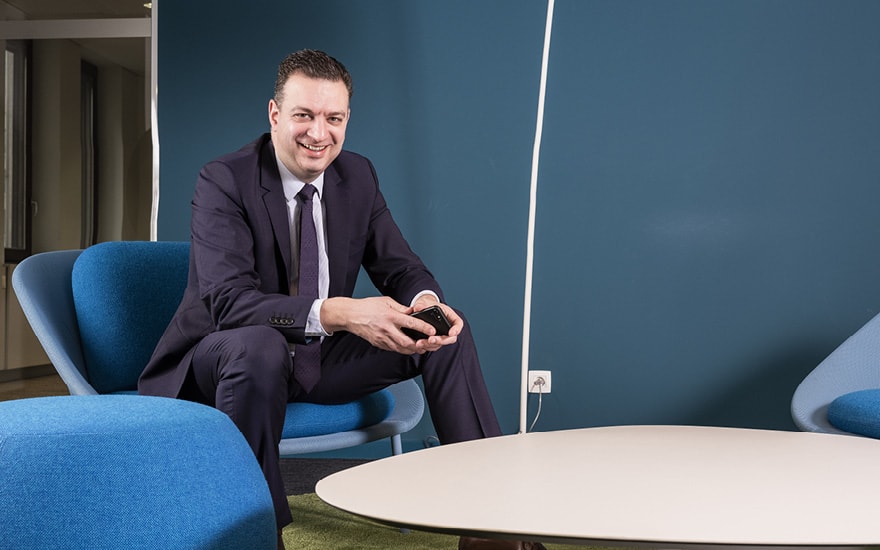 The notary still has a role to play in the digital society. New technology adds to the service range offered by notaries, who also have more scope to make a distinction between advice, empathy and discretion.

Fednot is the federation of notaries. It provides legal advice to firms of notaries in Belgium. In addition, Fednot offers a number of support services, including IT and office management. “We can safely describe IT as the spearhead of our service provision,” says Jan Sap.

The SNN forms the basis for a whole range of digital applications with which firms can expand and improve the services they provide for clients.

The newly appointed Director General of Fednot got to know the world of notaries very well during his long career at Unizo. For nearly 10 years, he was the secretary-general of the Federation of Liberal Professions, which includes notaries. In late 2018, he moved to Fednot. “Of the 200 staff at Fednot, 100 work in the IT department,” he says. “So Fednot is the IT shared service center for the whole sector. Among other things, we offer a portal with around 50 IT applications.”

IT as a spearhead for service provision

For an outsider, this may be an unexpected concept, in stark contrast to the traditional image of the notary who swears by pen and paper. Jan qualifies this: “Above all, the notary is a strong brand,” he says. “That has always been the case, incidentally. Surveys show time and again that people appreciate and trust the work done by notaries. Notaries stand for quality. Trust in particular is important. In the digital economy, trust is becoming the most important currency.”

But apart from that, the notary’s profession has long since left behind the massive amounts of paperwork that characterized it. In fact, the eNotariaat was launched almost 20 years ago, a closed and secure platform for notaries, with a great many shared applications. Of course, notaries also use applications made available by the various government services, such as eDepot, with which notaries can create a business and adapt business data in the government’s databases, and eRegistration for the online registration of notarial deeds with the Federal Public Service of Finance.

“Now digitalization is expanding more toward the general public,” Jan explains. “I’m thinking here of applications such as Biddit and MyBox, among others.” The online platform Biddit is the digital counterpart of the traditional public auction. Members of the public can use this platform to buy property under the guidance of the notary, without having to actually go to a public session. MyBox is a tool that provides information about marriage and cohabitation contracts.

We don’t see technology as a threat, but as an opportunity to further strengthen the role of the notary as an adviser 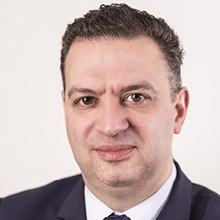 The initiatives clearly show that at Fednot, too, the importance of digital services is high on the agenda. “Notaries are responding to developments in society,” Jan notes. “The digital channel offers a great many possibilities to serve members of the public faster and more efficiently. That is definitely progress. At the same time, security remains an important focus of attention.”

Notaries administer a lot of sensitive, confidential information. So they are an attractive target for cybercriminals. Fednot anticipated this with the Secure Notarial Network (SNN), developed in cooperation with Proximus. This network provides the necessary connectivity between the firms and the federation, in total security.

Does the notary see the digital evolution as a possible threat to his or her office? A technology like blockchain, for example, could perfectly well serve as a new means of drawing up a mortgage, a contract or some other deed. “We don’t look at things like that,” says Jan. “These days, people do virtually everything with their smartphones. It’s important for notaries to keep up with that and offer new, digital services, as well. For instance, we make it possible to conclude a deed via a videoconference.”

Aren’t notaries undermining their own business by doing this? “Not at all. We see it as an opportunity. The same goes for blockchain. The technology is there. Why would we want to obstruct it? On the contrary, we do well to embrace the technology, as always, and strengthen our role by providing extra advice on the matter.” For that matter, Fednot has set up a lab that closely follows developments in blockchain technology. “We also contributed to a book on blockchain and socalled smart contracts, intended for both notaries and the general public.”

Jan is referring to 21 lessons for the 21st century by Yuval Noah Harari. “A very interesting book,” he says, “certainly from the notary’s point of view.” Harari describes how land ownership was once the measure of everything, before it changed to the possession of production resources. According to Harari, the wars of the future will be about data.

“Notaries have a treasure trove of data: about how families function, about real estate, wills and companies, to name but a few. Among other things, we look at how, with new technology – artificial intelligence, for instance - we can use these data to create new insights to unlock information and make forecasts.”

The digital channel offers a great many possibilities to serve members of the public faster and more efficiently. That is definitely progress. At the same time, security remains an important focus of attention.

This is an example of the way in which technology helps notaries move forward. “But the core remains the wisdom and experience of the notary,” Jan goes on. “You can’t resolve a dossier with a chatbot or an algorithm. The technology can provide the information, but ultimately, it is the empathy of the notary and the trust of the client that produce the end result.”

That is still the main reason clients come to the notary. “At the same time, discretion is key,” Jan adds. “A lot of information covering a wide field comes up during a discussion with a notary.” Until further notice, that remains something that no technology can deal with. Fednot takes its task in the current broad technological evolution extremely seriously.

“Absolutely, we are currently right in the midst of a strategic exercise,” Jan says. “We are keeping our finger on the pulse and want to see what direction further developments in the notary’s profession will take. By the way, we do this with external experts as well.”

The Secure Notarial Network (SNN) is an initiative of Fednot and Proximus. It is a secure network that remains entirely separate from the standard internet. Via the SNN, firms of notaries can contact one another and Fednot securely. The SNN forms the basis for a whole range of digital applications with which firms can expand and improve the services they provide for clients

Fednot supports firms of notaries with legal advice, IT solutions, office management, training and information for the general public.

Jan Sap studied law in Leuven and Louvain-la-Neuve. He worked for Unizo for over 20 years, including almost 10 years as secretary general of the Federation of Liberal Professions. He has been the Director General of Fednot since the end of 2018.