Sustainable agriculture thanks to AI 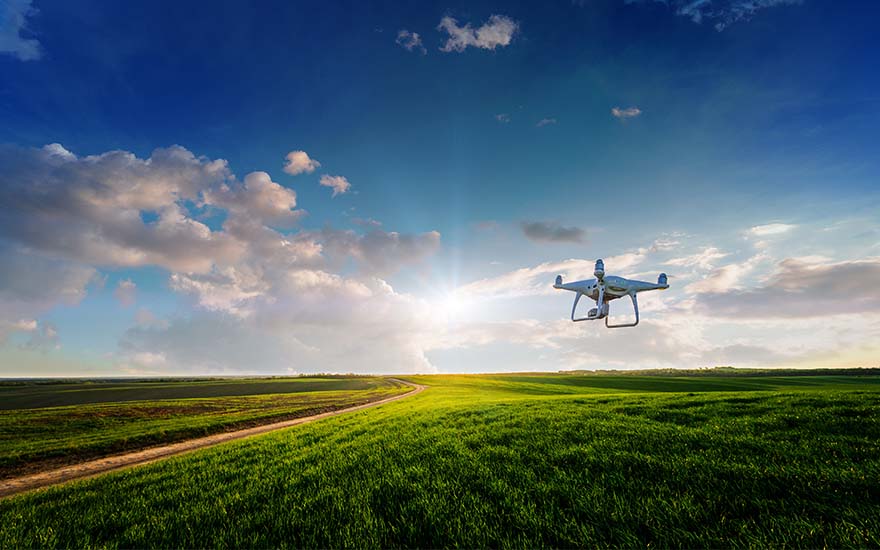 Farmers wage a continual battle against crop diseases. The Flemish Institute for Agricultural, Fisheries and Food Research (ILVO) is investigating how drones and AI can, at an early stage, detect disease and thus contribute to more efficient and sustainable cultivation.

ILVO is a scientific institute of the Flemish government which, in co-creation with other partners, provides solutions for the agricultural sector, among others. Ruben Van De Vijver’s focus is on AI. He explains: "The proactive and reactive control of plant diseases costs farmers a lot of time, money and effort, and is also accompanied by a large carbon footprint. If the diseases do find their way into the field, it leads to major crop losses.

The earlier and more accurately the farmer can detect plant diseases in the field, the faster and more efficiently he can tackle them, often with fewer plant protection products."

Using artificial intelligence, the computer recognizes signs of diseases, such as unusual spots on plants.

A detailed view of the field

"Farmers today usually apply pesticides evenly across the field. Diseases are mainly detected with the naked eye", Ruben Van De Vijver explains. "From the side of the field or from the cab of the agricultural machine, the farmer spots brown spots which he then inspects closely. While that approach certainly has proven useful, it lacks the necessary overview and detailed look. Drones offer an answer to that."

From the air, drones can easily map out a whole field. Research partner imec developed hyperspectral cameras that can map out hotbeds of infection from aboard such a drone. Where the human eye and an ordinary camera only see three colors, the hyperspectral camera distinguishes a much wider spectrum which gives an extremely detailed display of the situation on the ground."

The captured images are transmitted by the drone, via Proximus 5G connectivity, to a central computer. "Using artificial intelligence, the computer recognizes signs of diseases, such as tell-tale patterns and unusual spots on plants,” Van De Vijver continued. "That analysis shows the farmer where the diseased plants are in his field and allows him to apply pesticides in a much more targeted way and which is more cost-effective, efficient and sustainable. It also opens the way, for example, to using more expensive organic pesticides, as smaller quantities may suffice."

The earlier and more accurately the farmer can detect plant diseases in the field, the faster and more efficiently he can tackle them, often with fewer plant protection products.

The speed and bandwidth of 5G are a crucial link in this project. "The farmer receives the analysis results immediately and he can then have a look himself in the field. He can therefore intervene immediately and prevent the disease from getting worse or, in the event of a favorable analysis, postpone the weekly preventive treatment for a few days. This allows him to save considerably on pesticides. The fast image processing helps him make that decision in a timely manner."

Farmers get to work with data from AI

According to Van De Vijver, the study confirms the importance of quantitative and qualitative data. "We fed our AI models with very extensive datasets and yet the results initially appeared different in cloudy or clear skies. This points to the need for human validation. We are now investigating whether anomaly detection gives us efficiency gains. In that scenario, the AI model recognizes healthy plants and infers the diseased crops based on that, whereas now it does just the opposite."

The ILVO project is currently in a pilot phase. "In a follow-up project we will focus on how farmers practically can get started with our method. Initially, we will focus on the fungal disease Alternaria, which is relatively easy to detect", Van De Vijver continued. "We also see opportunities for controlling the more aggressive potato pest Phytophthora and protecting other crops."

ILVO carries out multidisciplinary, independent and practice-oriented research. It works in co-creation on solutions for agriculture, fisheries and food. Its mission is to 'produce sufficient, healthy and varied food in a socially responsible manner for the 10 billion mouths we will have to feed in 2050'.

Ruben Van De Vijver's research on disease detection in agricultural crops is a continuation of his doctorate on the same subject.

Via the 5G innovation platform Proximus wants to conduct test cases in co-creation with clients and partners.

I want to try 5G Opens a new window