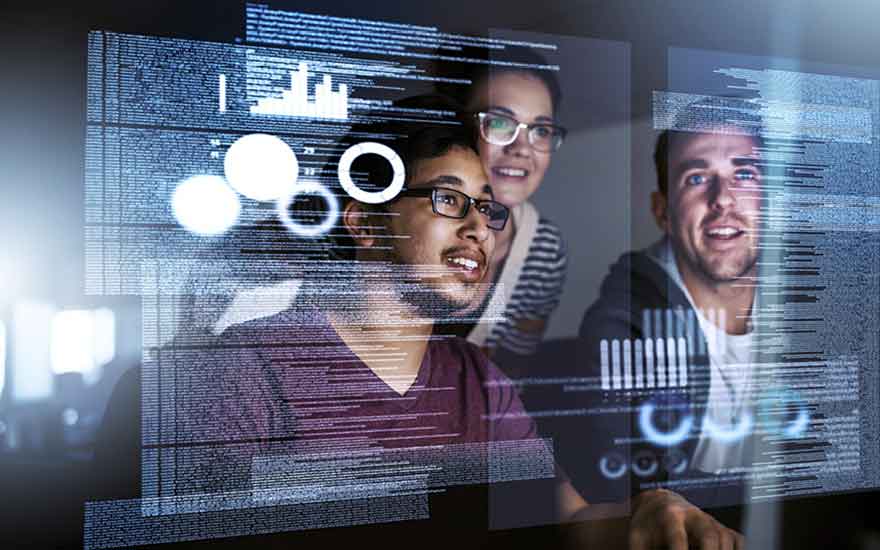 Two-thirds of today’s jobs will no longer exist in 2030. That’s what the World Economic Forum is saying. It’s all about the arrival of new technology, which is automating traditional, repetitive tasks at lightning speed.

As technology takes over boring, repetitive jobs, we have no choice but to be creative. Because with imagination, people make the difference. We can see that clearly already in digital platforms such as YouTube and Instagram, which rely entirely on the creativity of users. Virtual reality, too, combines technology and human imagination.

We are standing on the brink of a new age: the age of the creative economy or the economy of the imagination. In this economy, intuitive and creative thinking generates economic value. We outsource logical, rational thought processes. For that, we rely on automation.

According to research carried out by McKinsey, data collection, data processing and predictable physical work are first in line for automation. The tasks that are most difficult to pass on to technology involve taking decisions, planning, human interaction and creative work. In these areas, people still beat machines. We deduce that from the growing demand for inventors, designers and developers of all sorts of products and services.

To survive in the creative economy, new skills are a must. Knowledge is no longer power. Creativity is. Imagination and creativity are not merely innate talents. They are skills that can be learned and stimulated. Of course, in the creative economy there will be more jobs than just designers or editors. Entrepreneurs, scientists, managers, accountants or IT specialists will need to be creative, too.

Therefore, it is important to pay sufficient attention to this in education and training courses today. Honing creativity needs to be high on the agenda, just as in the past – in the knowledge economy – the acquisition of knowledge was a prime objective.

Thanks to imagination and creativity, we will soon be interpreting our jobs, our economic activity, differently. The power of imagination also lies in the fact that it allows us to come up with a vision of the future – and put it into practice. “Logic takes you from a to b.” said Einstein, “but imagination takes you everywhere.” Now more than ever, this idea is front of mind in the age of imagination and the creative economy.