Collaboration: a requirement for your company 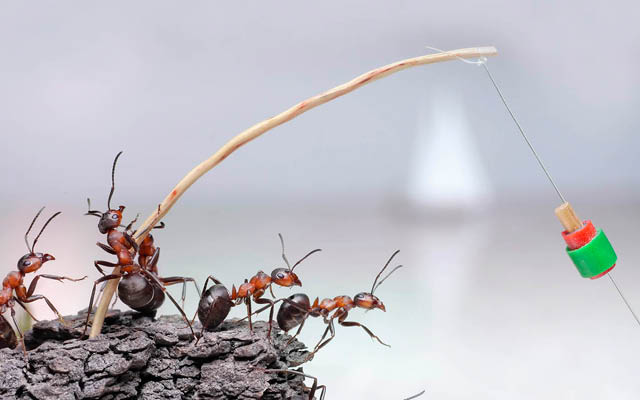 Do you know that feeling when a client keeps calling for a colleague you just can’t get hold of? A company only really works well when communication and collaboration are possible at all time. As that seems to be what your clients expect from you, how do you make it happen?

People and companies tend to be in a growing number of different locations. Technology helps them keep in touch regardless. Delorge-Peerlings Group is a perfect example of this. About three years ago, this dealer of Audi, Volkswagen, Skoda and VW cars and utility vehicles merged with another garage owner and moved to new premises that are connected to the group’s sites. This project exemplifies how your average SME could communicate.

1. All on the same network

After moving to the new premises, Delorge-Peerlings Group decided to implement a new network and telecoms infrastructure. “The premises were built from scratch,” recalls the marketing and communication co-ordinator of Delorge-Peerlings, “which has allowed us to plan everything, including IT and telecoms, from the ground up.”

We appointed one supplier to take care of selecting and implementing the network and telecoms infrastructure, including as WAN, LAN and Wi-Fi, for all branches. And just to be clear on this: a WAN (Wide Area Network) is a connection of large-scale networks across the globe. As such, the internet is the largest and best-known WAN. A company’s in-house computer network is called a “LAN” (Local Area Network). WLAN or Wireless LAN, which many of us like to call “Wi-Fi”, is a wireless incarnation of a LAN. Delorge-Peerlings now has a uniform network and waiting customers can enjoy free Wi-Fi.

Real collaboration is only possible when colleagues share transparent connections that create the illusion that they are all in the same location or network even while they are on the move. This may require a so-called VPN (Virtual Private Network). The data sent via a VPN connection are thoroughly encrypted, making such connections secure for sensitive corporate data. This means that anybody with the required privileges has access HQ’s data from wherever they are. VPNs are often used to allow mobile workers and reps to connect to the corporate network from wherever they are. The first step for secure collaboration: secure and transparent access to all applications and data.

The next step is less to do with connecting networks than it is with connecting people. After all, what really counts is that colleagues are able to communicate and that they are available to the outside world. Whenever workers are scattered over different locations, efficient communication is crucial. One important aspect is to agree on a set of procedures, like entering appointments in an electronic business calendar.

Delorge-Peerlings Group decided to build the network and communication channels around how people work. Mechanics, for instance, essentially use tablets. Another consideration was to implement an integrated communication strategy: “At first, we were only looking for a solution for our HQ,” explains the spokesperson. “But when we saw the potential of unified communication, we decided to expand the approach to also include the remaining four sites.”

Unified communication is a collection of technologies used to integrate all communication channels into a single application. UC encompasses all tools used to communicate with other people, even telecoms, so-called softphone applications for computer-based telephone calls, and e-mails, because e-mail has become the most prominent channel for business communication.

Delorge-Peerlings Group’s UC solution has made phone calls among and between co-workers and the various sites a lot easier and cheaper. In addition, this platform contributes to the quality of service. “Putting a customer through to the right colleague has become a doddle. We don’t even need to know on which of the sites they are.”

That is just the beginning. An important feature of unified communications is the so-called “presence” aspect. This function allows workers to indicate their availability and to specify the communication channel via which they prefer to be contacted. Somebody who has a meeting, for instance, might accept e-mails but no phone calls. At the end of the day, this approach saves the Delorge-Peerlings team a lot of time. Plus, maximum availability is important for the group’s customers. “I still remember the days when we spent hours trying to locate a colleague. Nowadays, we can see where they are and whether it is okay to disturb them”.

Delorge-Peerlings is a good example of an efficient communications strategy—which again starts with people. UC requires all members of the team to be more transparent about their current activities by constantly communicating and sharing their availability with their co-workers.

Growth scenario A company that intends to grow in the future requires a system that can be expanded as and when necessary. The most crucial decision was to opt for a single centralised communication platform for the various Delorge-Peerlings sites. This is quite unlike what they did in the past, when each site had its own switchboard that needed to be maintained. Such a strategic decision provides a solid foundation for future expansion of communications tools and additional investments. They are currently analysing the feasibility of video conferencing applications. Plus, any site they may add to the group can be connected to the network in no time.

Ingredients for efficient communication and collaboration

There already is a foundation for collaboration

Which network technology or service do you use at the office? (Survey among 600 Belgian companies, source: Smart Business 2014)