IT Superheroes at Cisco Live Europe 2018 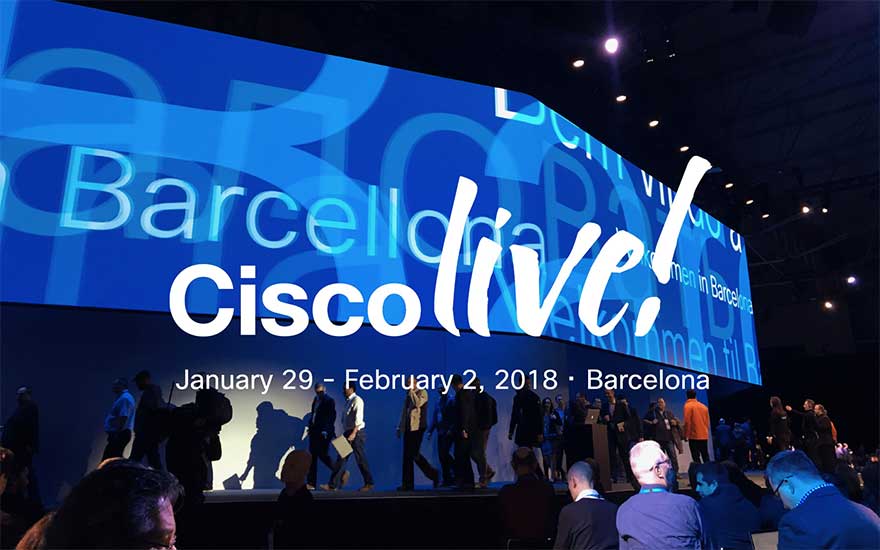 Cisco Live 2018 was the first event since the acquisition of AppDynamics. With this important addition to Cisco’s offering, we could expect application performance to be a major.

Proximus attended the first big event of 2018: Cisco Live Europe — not in Berlin this year, but Barcelona.

This year’s IT Superheroes theme for Cisco Live highlights all the different roles that exist in a company’s IT department. As with all superhero stories,  there needs to be an overriding mission for the superhero team to unite around. In the comics and films, when one member of the team goes off on their own, bad things happen, until they can be persuaded to rejoin the team and work with the others to achieve the common goals. But when all of the superheroes are working together, their skills complement each other and they are able to achieve their goals as a team.

Cisco Live 2018 was particularly interesting as it was the first event since the acquisition of AppDynamics. With this important addition to Cisco’s offering, we could expect application performance to be a major topic at the show.

Cisco is not just about networking

This year, the focus was again on the Advanced Cyber Threat, since cyber attacks are becoming increasingly complex and diverse. So if you thought  a Cisco event was all about networking, think again. Any remaining doubts were comprehensively addressed in the various ongoing sessions and show cases during the event.

To an extent, the distinction between compute, network and security which had seemed so fundamental was shown to be artificial. Routers and switches are just somewhat specialized computers, after all. The industry-wide move to converged fabrics and the virtualization of compute, secure and network has only further blurred that boundary. Now, the conversation is turning to deeper integration between an application and the infrastructure it runs on, with resources being provisioned on the fly in response to real-time user demand patterns.

The problem is that the various components with security control integration of this unified application environment might be relatively easy to bring together technically, but they have historically been managed by disconnected teams that had not much to do with each other.

In order to provide the sort of seamless monitoring and management that are key to the seamless experiences that users demand and expect, there will need to be much closer collaboration between the different groups.

Here,  it becomes clear once again that Cisco has been thinking deeply about these issues for some time.

Do you want to know more about what Proximus and Cisco can do for your company?

Send an e-mail to ictchannels@proximus.com