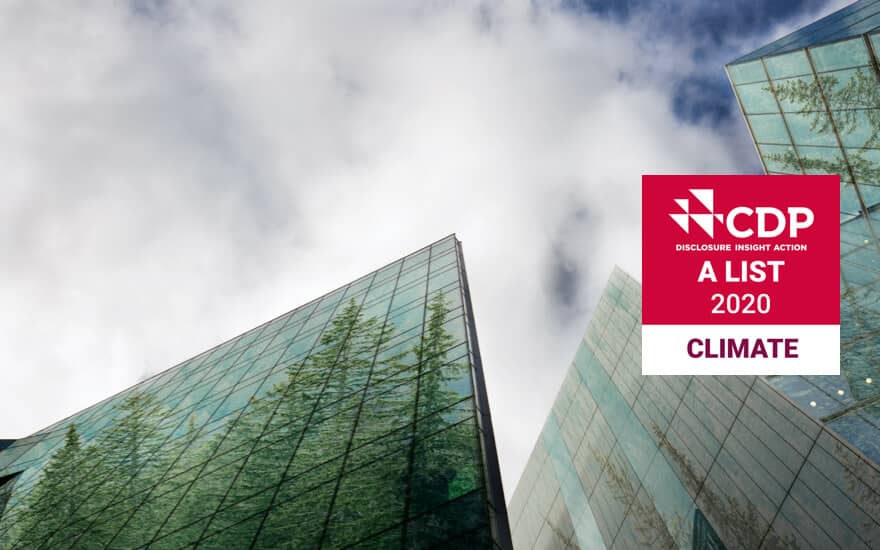 Proximus was given an 'A' rating by the CDP, an international non-profit organization specializing in the environment, for its fight against global warming. Together with AB-Inbev, Proximus was the only Belgian company to obtain an ‘A' rating.

The strong strategic focus on sustainability underpins this 'A' rating. Since 2016, Proximus’ operations have been carbon neutral. In the future, the telecoms operator wants to go one step further: make a net positive contribution to a climate-neutral planet and become a truly circular company by 2030.

This award is not only a recognition of our efforts, but also an encouragement to go further.

A few of the climate actions

Sustainability also plays a decisive role in the selection of partners. In the field of logistics and transport, H.Essers and Proximus realized the first BREEAM-certified logistics building in Belgium in 2011.

More details about how Proximus tackles the sustainability of its network, fleet and logistics chain? Hans Schurmans, Proximus’ Director Logistics and Operations explains.

As with Proximus, sustainability – for Decathlon – is more than just climate ambition.

Read how and why