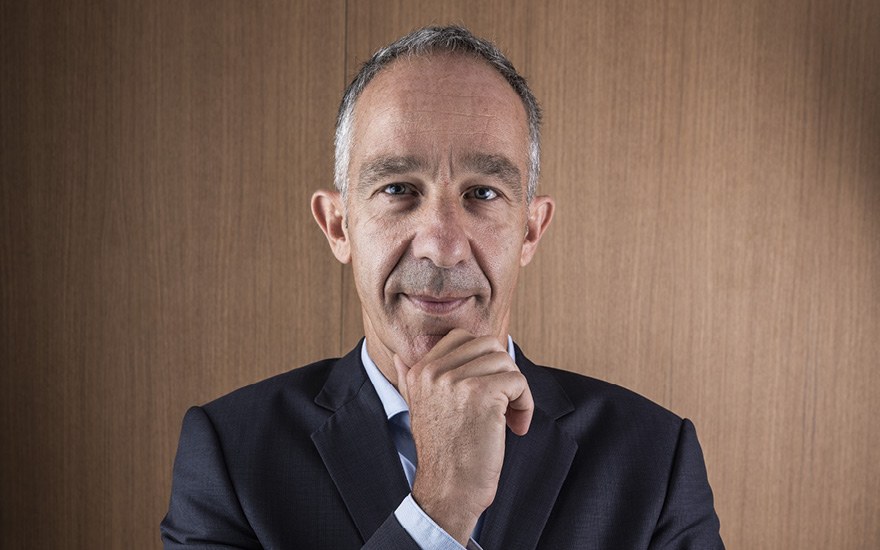 With the need for security and low fraud risk in the upcoming platform economy, Blockchain can bring much needed support. The technology is simple, but the business models that flow from it are a serious adjustment.

Frank Verhaest, Program Manager Innovation & Blockchain at Isabel Group: “Put simply, you could describe blockchain as the solution that acts as the virtual bookkeeper for processes carried out via the internet. The bookkeeper and his clients have a relationship based on trust. Well, blockchain creates trust between parties with opposing interests, such as a buyer and a seller. And just like the bookkeeper, blockchain stores the transactions carried out in a ledger.”

These days every business transformation is a digital transformation. Expert Jan Manssens offers advice on how to handle this new technology coming from the platform economy.

Working in the platform economy

Getting started with blockchain

What is the technical story behind blockchain?

Verhaest: “A blockchain is a distributed, open data register, containing data that cannot be altered or deleted. Distributed means that the data register is not located in a single place. A blockchain is literally a chain of blocks of data, spread over different computers – often thousands of devices. Open implies that no single party is the exclusive owner of the blockchain. As an individual user, you cannot modify or delete the datablock. So a blockchain is really a big database, open to everyone, but at the same time also monitored by everyone.”

From diamonds and food to mortgages

Where can we apply blockchain?

Verhaest: “The blockchain concept offers a solution for transactions where trust is important. For instance, suppose a buyer only wants to pay for goods once he has been able to check the quality. But at the same time, the seller wonders whether he will see his money once he has delivered. Blockchain can solve that by recording receipt of the goods and – after approval from the buyer – making the payment automatically. A blockchain platform like this is now available in the form of we.trade. This solution is an initiative taken by seven European banks, including KBC. Incidentally, the IoT can also play a role here. An IoT application could be used to register receipt of the goods.”

Just as in the early days of the internet, blockchain is the start of a completely new transactional platform. 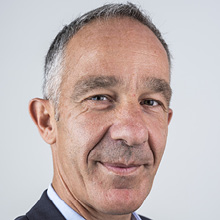 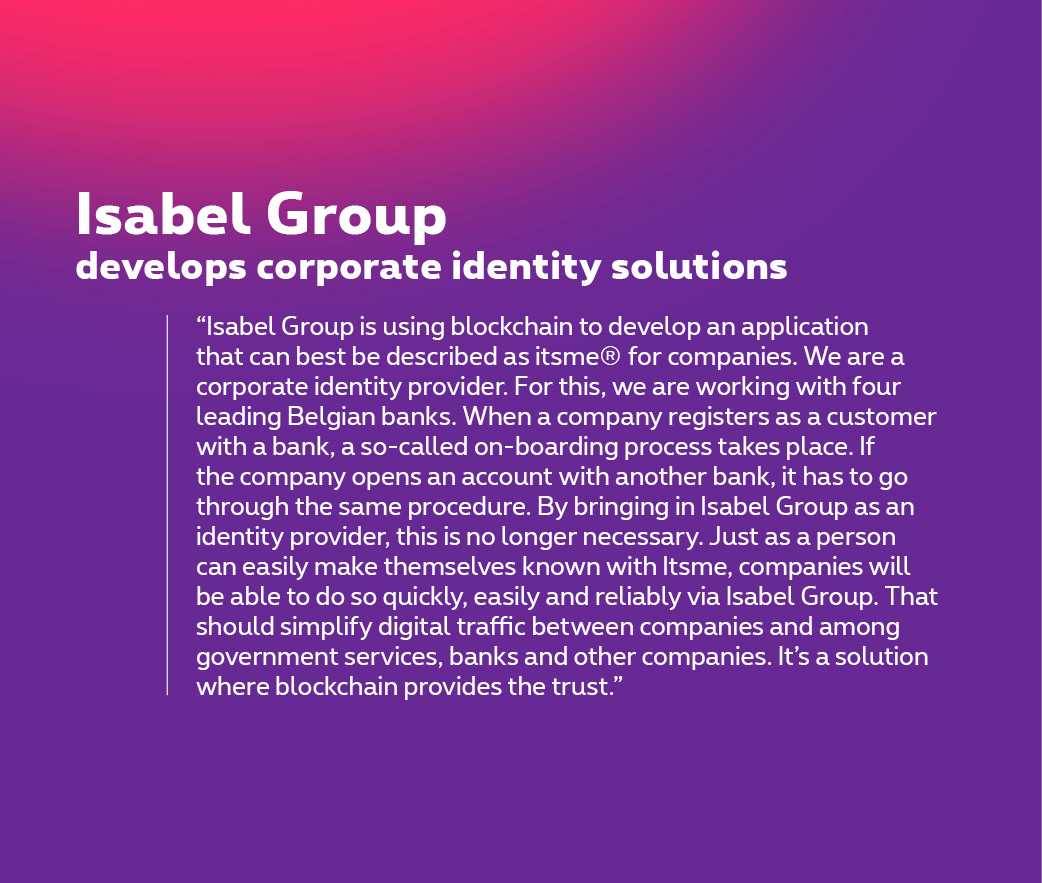 Do you know of any more examples of concrete applications?

Verhaest: “Diamond business De Beers has developed a blockchain application which guarantees that diamonds are genuine. Blockchain can also be used to support traceability in the food chain w ith a s olution f rom t he company Provenance, stop the black market in concert tickets or record mortgages.”

Is it possible to work with blockchain yourself? A fair amount of consultation is necessary between parties who may not always have the same level of knowledge when it comes to blockchain. Verhaest: “Blockchain is not rocket science. The technological aspect accounts for maybe 20%. The big challenge is the business model. You have to question that and dare to throw it out – and that often requires a different mindset.”

According to the World Economic Forum, in 10 years blockchain will be responsible for around 10% of worldwide economic growth. How do you see that happening?
Verhaest: “Blockchain is here to stay, that I do think. You really can do a lot with it. I like to compare it with the early days of the internet. Just as back then, blockchain is the start of a completely new transactional platform. Companies should certainly not wait to start working with it. By carrying out tests and looking for applications, confidence in blockchain will only increase, and even better ideas will follow as a result.

Where do you think the greatest potential lies?

Verhaest: “Blockchain is an essential element in the platform economy, precisely because it’s a technology that guarantees trust. It’s something you need to dare to experiment with as a company. Ultimately, it’s about coming up with simpler, better processes. A typical trait of the platform economy is that the role of the middleman disappears because at the moment, it is this middleman who provides the trust. A party like Airbnb brings supply and demand together. In the platform economy, landlords and tenants talk to one another directly, without a middleman, while blockchain makes sure that both parties can trust one another.”

Blockchain is an essential element in the platform economy, precisely because it’s a technology that guarantees trust.

How about the situation in Belgium? Do you see opportunities for Belgian companies?
Verhaest: “There’s a lot going on, with companies working on proof of concept. New startups are appearing all the time. I’m thinking here, for example, of Solarly, a startup from Mont- Saint-Guibert that has devised a solution the use of smart, connected solar panels in Africa. Blockchain is popping up more and more in logistics and the digitalization of document flows, too. At the moment we are in the middle of the pilot phase. The expectation is that many of these projects will go live from next year. And in the meantime, the technology is gaining maturity.”

Blockchain can be sure of attracting a lot of interest because the technology is fraud-resistant. But using more and more technology increases the risk of cybercrime. Can blockchain fall victim to that, as well?
Verhaest: “The risk of fraud with blockchain lies mainly in smart contracts, pieces of code that are programmed on a blockchain. When these smart contracts contain bugs, they can be exploited by hackers. Mining, which is often used with cryptocurrencies, can also be a problem when miners have more than 51% of the mining power in their hands. One solution for many companies is to use a private blockchain environment – rather than a public one – where mining is not necessary. The blockchain platforms themselves are almost always opensource software. If something were to go wrong somewhere, the open-source community puts it right straight away.”

Isabel Group is the largest provider of multibank internet banking for professional users in Belgium. It digitizes the financial supply chain of professional users and forms the link between the business world, banks and suppliers.

Getting started with blockchain