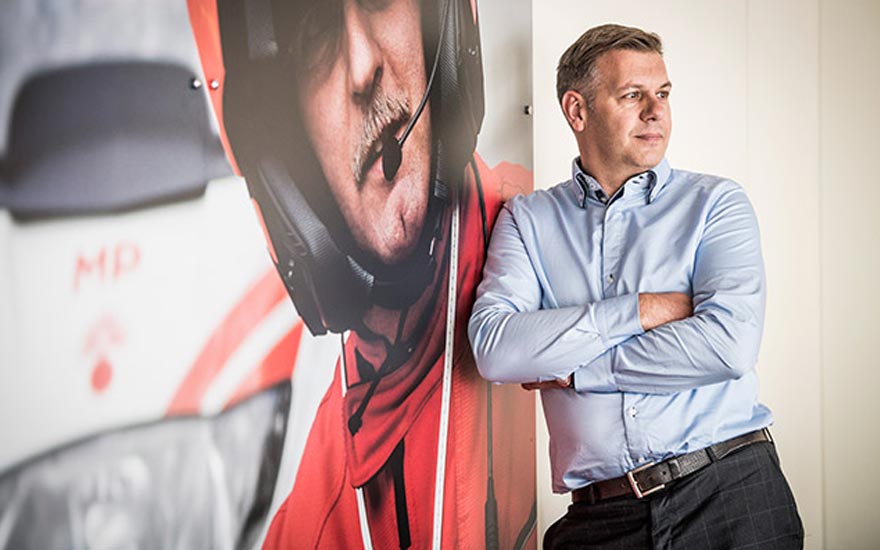 The efficient operation of emergency and safety services depends on communication. Therefore the police and fire department, among others, count on the ASTRID network. Proximus has a key role in the renewal of that network.

ASTRID is the operator of the network for the Belgian emergency and safety services. Thanks to ASTRID, the police, fire departments, emergency medical services, the judiciary and other organizations can communicate smoothly. They do that with, among other things, TETRA terminals and pagers. By offering users a reliable solution – with radio communication, paging and control centers – ASTRID contributes to the proper handling of interventions, the safety of users in the field and the protection and safety of the entire population. “We are unique in Europe,” says Jurgen Poels, head of Systems & Transport for the radio networks at ASTRID. “Elsewhere, police, fire departments and other services each have their own networks. With us everything is bundled.”

Operational reliability is the priority

The activities of ASTRID take place in various areas. There are provincial backbones that form the “spine” for the radio network over which voice, paging and dispatching occur. “Operational reliability is our absolute priority,” says Jurgen Poels. “We are operator-independent. We really stress the demand for redundancy. So we ensure that the network remains available in any possible disaster.” ASTRID therefore works with radio links as much as possible. In the past two years ASTRID has renewed the provincial backbones, leading to the modification of, among other things, 564 radio links between base stations.

“There have been some problems during severe storms in the past,” says Jurgen Poels, “just then it is important that communication with and between emergency services work flawlessly.” Because operational reliability is essential for ASTRID, the organization decided to replace the network. Today the new network also remains operational in extreme weather conditions, even for exceptionally heavy rainfall of 100 millimeters per hour per square meter. “At the same time we wanted to make use of the opportunity to develop a future-oriented network, ready for IP.” After analysis of various proposals, ASTRID granted the assignment to the Airbus Defence & Space Consortium and Proximus, based on NEC equipment.

For the migration to IP, Proximus is converting all leased lines to e-lines on Proximus Explore. “That was a difficult and complex project,” says Jurgen Poels. “But Proximus spared no effort in going the last mile everywhere, even in difficult-to-reach locations, for example in the Ardennes.” The migration of the transmission network proceeded within the anticipated schedule and without impact for the users. Proximus also provided the infrastructure for migration of the paging network to a virtualized environment. “In a subsequent step we are handling approximately seventy additional indoor locations, like metro and train stations, tunnels and airports,” according to Jurgen Poels. “There too we are migrating to Explore and we will provide IP base stations.”

ASTRID is the operator of the national network for radio communication, paging and control centers for the emergency and safety services in Belgium. ASTRID falls under the authority of the FPS Interior and has approximately one hundred employees.

Jurgen Poels is an electronics engineer. He began his career at Telindus. After jobs at Nokia and Nortel Networks he went to work at ASTRID, where he has become head of Systems & Transport for the radio network systems.