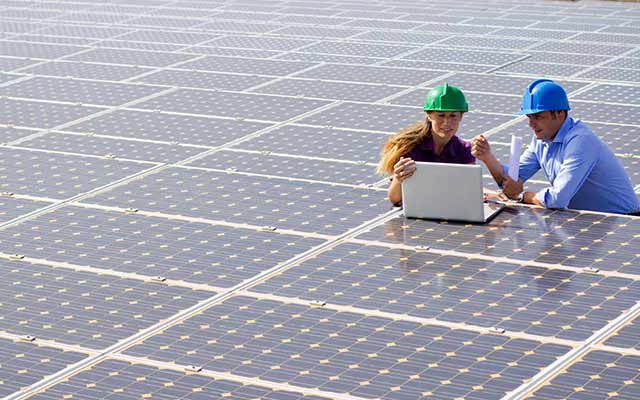 Named the most innovative firm in Silicon Valley as regards the environment by Greenpeace in 2014, Apple has long invested in renewable energy for its own use. Now Apple has also received the right to sell energy on the American wholesale market.

In January 2016, 93% of the energy used by Apple came from renewable sources, with the figure even rising to 100% in countries like the United States, the United Kingdom, China and Australia. In addition, the company works with a programme designed to help partners across the world cut back on their energy consumption.

Today, a new chapter is being written in the energy story. Through a subsidiary, Apple Energy LLC, Apple has acquired the right to sell energy and ancillary services on the wholesale market in the US. The company owns a number of solar farms in states such as Nevada and Arizona and is planning to secure its growth in the future by innovating and opening up new markets. Renewable energy occupies a crucial place in this story.