A private cloud for each client-company 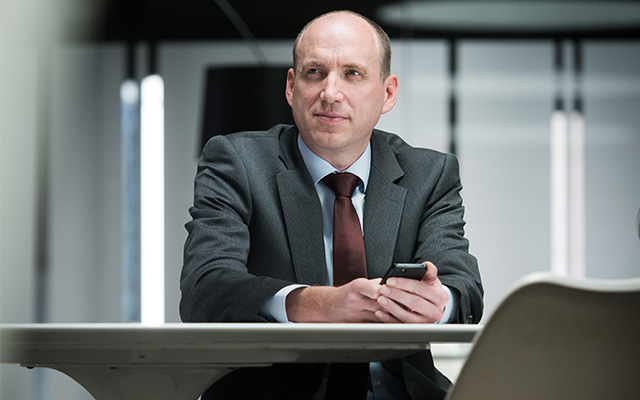 Informatica Van Breda has been active as a shared service center for IT and document management since 1998. Informatica Van Breda provides services to three specific companies: Bank J.Van Breda & C°, Vanbreda Risk & Benefits and Cigna (formerly Vanbreda International). A team of 45 employees handles all the infrastructure and operational support for the three companies. The infrastructure is spread over two datacenters at two locations. A private cloud has been developed for each of the three client-companies in the datacenters. “In order to offer our customers the required level of performance, we keep our infrastructure up to date,” says Bert Van Hove, Managing Director at Informatica Van Breda. “When it turned out that our servers needed to be updated, we decided to tackle the network at the same time.”

Informatica Van Breda scoured the market, comparing offers from various players. “The supplier’s vision is very important to us,” Van Hove explains. “We wanted an environment that would work for years to come. It wasn’t just the technological choice and the cost price that played a role in our decision, but also the support the supplier could provide with it.” This turned out to be a deciding factor when Informatica Van Breda’s preference was for an integrated solution based on Cisco technology. The fact that Proximus was the final choice has a lot to do with the expertise that the integrator has built up around Cisco solutions.

Proximus provided specific assistance to Informatica Van Breda when rolling out a new server environment with 40 Cisco blade servers. All told there are around 900 virtual machines in operation, about half of which are in production. “We work in an environment that is 99% virtualized on VMware,” says Van Hove. “Thanks to the new unified computing technology, we are increasing the availability of these servers. The implementation of new server hardware is also now simpler and quicker.” Together with Informatica Van Breda, Proximus built up a new network, also based on Datacenter Switching Cisco technology. “We now have 10 Gbit at our disposal. The new network not only offers a higher bandwidth but also allows us to maintain the distinction between the three companies at network level. We have therefore achieved a complete virtualization – including in the network – through which we can offer our customers a real multitenant environment.” In concrete terms, this means that only the hardware is still shared, whilst at the level of the servers and network, everything is separate for each client-company. Van Hove: “The three companies we serve therefore each have their own private cloud.”

Informatica Van Breda views the investment over a period of seven years. “Cisco will continue to develop on this basis, which offers us the future prospects we need.” Because Informatica Van Breda had no in-house experience with Cisco, Proximus’ expertise formed a key element in the project. Informatica Van Breda and Proximus came up with the design for the solution together. They then cooperated on the implementation, configuration and testing of the entire process. “Proximus provided the guidance and training for our employees. So we are now building up the necessary knowledge on our new environment in house.”

Bert Van Hove has been working at Informatica Van Breda for a long time. He started his career in 1990 as a programmer. Later on, he performed different functions within the IT company. He became director in 2003.