For the benefit of team cohesion 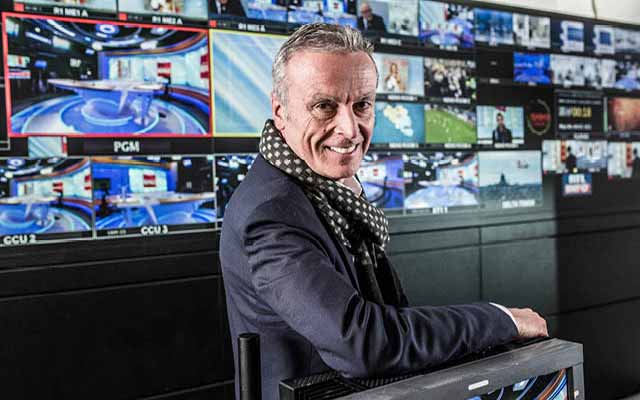 Television, radio and digital – the three pillars of a company where there is no room for IT or technical errors. This is the daily challenge facing Thierry Piette of RTL Belgium and his staff. Thierry reveals his tricks and tips on management and lets us into his department. The atmosphere there is calm and serene, just like him.

This is not IT

In the world in which Thierry operates, pure IT does not really exist. Technology holds a major position, though. His department’s mission is twofold: to provide support for business initiatives and to interest internal clients in technologies that create new products and new ways of working. Methodologies such as ITIL and the Scrum management method are applied in the department to ensure goals are achieved, especially in key projects. This was the case for one of Thierry’s finest successes in the IT department of RTL Belgium: the automation of the production and broadcasting of television news.

Together with his colleagues Frédéric, Olivier, Bruno and Bérengère, and his closest coworkers Thimas, Thierry, Damien, Giovanni, Benoît, Didier, Martin and Robert, Thierry and his department are known and recognized for their frequent questioning of the organization and its structure. The department also has a manager for each internal client (the service delivery manager) who maintains a special relationship and enables faster communication.

The door that is always open! A listening ear and a participatory culture are the ingredients of Thierry’s managerial style. And even if he is responsible for two levels of management, he does not imagine for a second that it is good to have a hierarchy. “If my door is always open, it’s first and foremost to let ideas in.” According to Thierry, the winning management style is that which frees up time and space to share experiences and skills so as to ensure good team cohesion and to find the right work–life balance.

Thierry believes that his management style has several advantages. The pressure on the teams is positive and encourages staff to take part spontaneously. He believes it is crucial to stay at the cutting edge and draw inspiration from new ideas. “We have a better chance with 52 of us than alone,” he says, smiling.

Money is not the only motivation; that much is clear. Thierry likes to highlight achievement and always associates the success of each project with the staff concerned. In practical terms, he makes sure internal clients are aware of the part played by each person. And when it comes to team building, Thierry gives preference to interactions with high added value. With him, there is no room for ‘hypocritical team building.’

For Thierry and his team, several types of process lie behind a (new) activity. But the most important thing remains the demand from the business. “It’s essential, in my view. It’s our reason for being,” Thierry says. Moreover, the IT department at RTL Belgium encourages requests for POC (proof of concept) before moving to implementation mode.

The new world of work

Thierry’s staff can work in project mode thanks to virtual teams. So some aspects of the new world of work are more applicable than ever, starting with the layout of the workspace, which is designed to eradicate the concept of isolated skill units. Thierry also allows teleworking for some of the lines of work he represents. But he draws our attention to one thing that cannot possibly be achieved at a distance: team cohesion.

Thierry’s department does not want suppliers, but long-term partners who are able to prove their commitment day after day. Collaboration is based on the loyalty that the department tests regularly, according to Thierry (and he does not hide the fact). Moreover, it’s a task that Thierry delegates to his staff in order to encourage direct contact.

Very little for Thierry: “We need clearly identified staff who have bought into our culture. I reserve outsourcing for implementation tasks.” Thierry devotes his department’s energy to substantial improvements for the business rather than implementation. “This is not always easy when you realize that people are accustomed to ‘doing’ and not to explaining how they do it,” Thierry says.

Thierry Piette is the Technical & IT Director at RTL Belgium. A graduate of IAD, the institute of broadcasting arts, he has spent almost his career in the group, with some international experience at Canal + in Chile. His passions are traveling and nature, which he loves to contemplate from the cockpit of his glider. Once reconnected with the professional world, Thierry runs a department with 52 staff, who know nothing about one aspect of him: his private life.

RTL Belgium is the Belgian subsidiary of RTL Group, Europe’s leading audiovisual group and leader in Frenchlanguage television and radio in Belgium. More than 2 million people watch one of the following channels daily: RTL-TVi, Club RTL, and Plug RTL. Radio stations Bel RTL and Radio Contact have almost 700,000 listeners. The website RTLinfo.be has more than 280,000 visitors every day. Regie IP, one of the biggest in Belgian market, helps RTL with services.