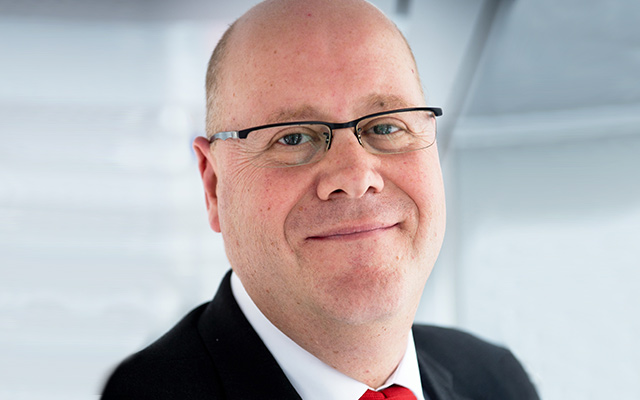 Jacques Rossler is a no-nonsense manager. He listens attentively to advice but makes the decisions himself. He thinks it’s perfectly normal that he should carry the can for good and not to good results.

Career
Jacques started his career in September 1996 as Consulting Manager at HP Consulting. By 2008, he had spent four years as IT manager at Rainbow ICT Services. Afterwards, he became manager of the department applications used in depots throughout Europe at Toyota Motor Europe. Since 2012, he has been CIO for the Saint-Luc University Hospital in Brussels.

Company
Saint-Luc is the university hospital of the UCL in Brussels. In order to provide the best care to patients with unusual and serious diseases, multidisciplinary centers are involved. The research department is very highly rated.

Employees
More than 5,000 people work in the Saint-Luc at Sint- Lambrechts-Woluwe. Nurses, medical and paramedical staff are constantly undergoing training. The ICT department there has 68 employees.

What is your biggest professional achievement at Saint-Luc?

In 2014, we migrated to IP telephony. We replaced the traditional telephone system by Wi-Fi phones. To do that, 1,500 antennas were installed. At the moment, we are using 1,000 Wi-Fi phones. By the end of 2015, that will be 1,600 devices. The e-mail systems were also migrated to Exchange. We transferred 6,000 e-mail accounts without losing a single e-mail.

Next to Steve Jobs. I would like to know exactly what he did when he went back to Apple to change the company culture. And I would ask him which criteria he based his decisions on when deciding which projects to implement and which not.

That while I was studying at the ULB, I set up a private security service. We were responsible for the security of dignitaries at VIP parties and other events organized by the Polytechnic faculty. The service was so very successful that even the authorities of the university used it.

I can’t be without my family, who I see too little. I’d like to go diving more often with my sons. I really like skiing with the whole family.

Which person or event made your career take an important turn?

In the years 1998-99, Linda Quartier at HP Consulting gave me the job of developing the business solutions department. It was the first time that someone gave me a task that combined my managerial skills with my commercial approach.

What would you be doing if you weren’t doing this job?

Then I would probably have become a doctor. When I was eight, I wanted to be an engineer, oddly enough. But when I had to choose a course of higher education, the doubts crept in. Incidentally, there are many doctors in my circle of friends and I think it’s a very interesting profession.

What is your favourite app of the moment?

Pulse.me is an app that screens my favourite websites and puts together an interactive mosaic on the basis of the subjects that interest me.