3D power to the people 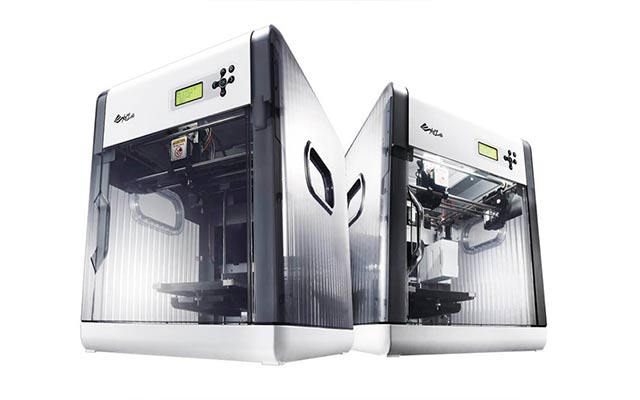 Today’s printers no longer confi ne themselves to paper. Thanks to 3D printers, anybody can “print” almost anything, like prototypes for an important project, with little or no technical background or skills. Yet, how much do 3D printers cost?

Thanks to 3D printers, almost any home or office can become a factory, and while most of us know very little about 3D printing, this technology has become so user-friendly that anybody can put it to good use.

3D printing is also called “additive manufacturing”, which sums the concept up pretty neatly: 3D printers are based on a process by which digital design data are used to build up a component in layers, by depositing a given raw material. These layers eventually lead to the finished product. In the corporate world, this technology is based on several kinds of materials. SpaceX’s rocket engines, for instance, are in fact printed rather than assembled.

The more a ordable printer variety, however, requires one of two readily available raw materials (called “filaments”): PLA or ABS. “PLA is a biodegradable substance made of maize (corn),” explains Jesse Buteneers, CEO of the 3D printing shop Trideus. “Plastic is chiefl y used for decorative elements, like figurines. Yet, this substance is biodegradable and fragile to boot and therefore unfi t for producing objects used in everyday life.” So what are the advantages of PLA? Buteneers: “Filament is a lot easier to handle for printing applications.” ABS is a far more robust substance ready to take quite some abuse. “You can exert force to it,” explains Buteneers. ABS filament is better suited for objects used in everyday life, like an orange juice squeezer, for example.

Filament is sold as a long wire (about 100 meters) on a roll. The filament is transported to a hot print head, which causes the ABS or PLA to melt. The print head moves around and deposits the molten substance in the right places, where it solidifi es. In this way, a 3D printer builds almost any object you can think of from the ground up.

Create your own models

Although a lot of models for printing objects can be found online, users can also create their own. For professional applications, users will most likely create their own models. The good news is that virtually any 3D software supports all 3D printers. After saving your model (as an stl file), you can load it into your printing software, which analyses your creation and translates it into a series of commands the connected printer can execute. This approach allows architects to create models of new building designs, and engineers to test new objects without relying on third-party suppliers.

An affordable printer like XYZ’s Da Vinci costs a mere €600, but may not be suited for semi-professional applications. Yet, although more sophisticated devices cost more, chances are that €2500 is all it takes to give shape to your latest product designs.