The Samsung Galaxy Note9: for entrepreneurs 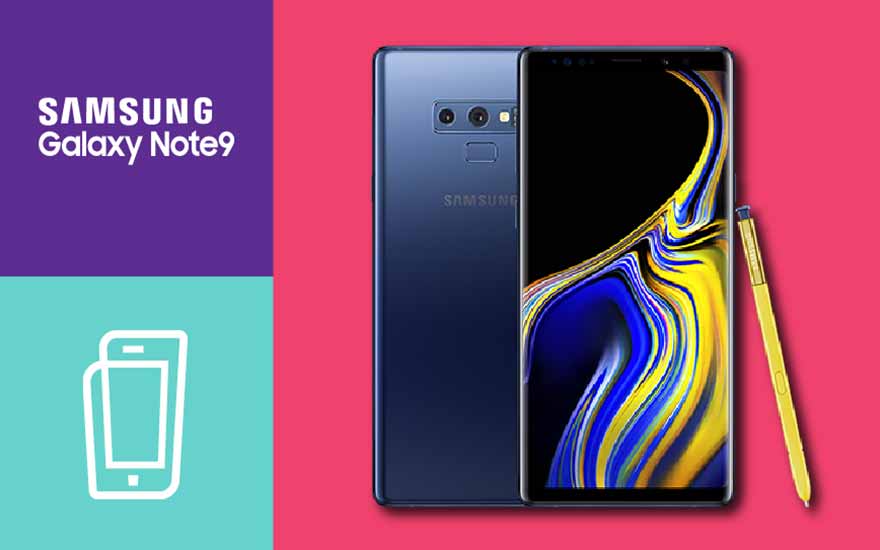 Samsung has just presented the Galaxy Note9, its second flagship phone of the year. With its updated S Pen, room for a second SIM card and considerably more processing power, the device is aimed more than ever at business users.

The Galaxy Note9 lives up to its name. The S Pen and the very large 6.4-inch screen make this smartphone the digital equivalent of a notebook. You can make notes and sketches to your heart’s content on the sharp Super AMOLED display (with 2,960 x 1,440 pixels).

The pen has far more to offer. For instance, you can use it to leaf through a slide presentation during a meeting or create self-portraits from a distance - without a selfie stick. All this is thanks to the new Bluetooth functionality. In terms of design, the Note9 is very similar to the South Korean firm’s other flagship phone, the Galaxy S9+. With a screen diagonal of 6.2 inches, this is just a fraction ‘smaller’.

The Galaxy Note9 is, of course, faster than its predecessor. Thanks to a powerful octa-core processor backed up by 6 or 8 GB of working memory.

What is more, using a simple adapter cable (from USB-C to HDMI), you can work with Samsung DeX. Plug the cable into a monitor, connect the smartphone to a keyboard and a mouse via Bluetooth, and you have desktop environment at your disposal. So you can type in Word, process a photo or send a whole series of e-mails far more easily than via the smartphone itself.

The cameras in the Note9 are identical to those of the Galaxy S9+. That means a 12-megapixel double main camera, one with 2x optical zoom and both with optical image stabilization. Thanks to the variable aperture lens, the camera automatically switches between aperture f1.5 (for photos in poor light) and f2.4 (sharper when the light conditions are good), which can to some extent be compared to the way the human eye works. We already know from the Galaxy S9+ that this lens is one of the best, competing directly with the Huawei P20 Pro.

The Note9 includes a new feature in the Scene Optimizer, a touch of artificial intelligence that helps recognize subjects and backgrounds, enabling the camera to automatically use the most appropriate settings.

The Note9 has room for two SIM cards: handy if you want to keep private and professional usage separate. We also noted in particular the 4,000mAh battery (the most powerful in a Galaxy telephone to date), which easily gets through a whole day, the possibility of wireless battery charging and the water- and dust-resistant casing.

As is customary with Samsung, the Note9 also includes every conceivable biometric security option, such as scanning (fingerprint, iris) and facial recognition. Its operating system is Android 8.1 Oreo, as befits a first-class device.

Find the Samsung Galaxy Note9 Ocean Blue in our e-shop

Other articles from Proximus Business