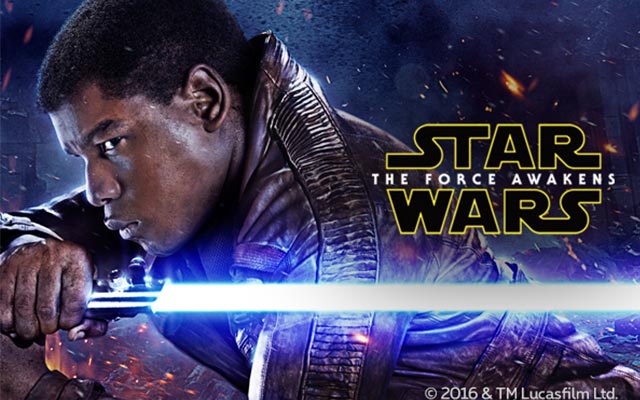 Star Wars: The Force Awakens can be seen in the on-demand catalog of Proximus TV from 16 April!

A good excuse to explain to everyone why they should watch Episode VII: The Force Awakens, in the on-demand catalog of Proximus TV! . And to use lots of exclamation marks in an article about Star Wars!

We won't go into this latest addition to the saga, but we will explain why they're such great movies. Because, incredible though it may sound, I still come across people who have never (and I mean, never!) seen a Star Wars movie. And we have to do something about that urgently…

1. It's not science fiction

Okay, so Star Wars is full of space ships, laser swords, robots, and futuristic white soldiers (so-called stormtroopers). But that doesn't make it science fiction. This is just the setting, not the essence, of the story. Star Wars is based on the age-old struggle between good and evil on the one hand, and on a complex father-son relationship on the other. That's why it’s often been compared to a Western.

2. It has touches of humor

The Star Wars films are brimming with humorous characters. The robots (or rather, droids) R2-D2 and C-3P0, to name just two, add a light tone to the story. In this way, Star Wars strikes a perfect balance between fight scenes and serious dialog and little jokes and lighter moments. And, sorry Trekkies, but that's what sets it apart from other franchises such as Star Trek.

An exciting movie always needs a villain. And there's no shortage of them in Star Wars! Who hasn't heard of Darth Vader or The Emperor? These are legendary figures at the heart of the Star Wars films. To makes things simple, all the evil dudes belong to the Dark Side of The Force, an invisible power that links everything in the universe. And people who make use of the Dark Side can do really cool thing, such as shoot lightning from their hands or strangle people from a distance!

4. You only have to see half the movies to get what it’s about

Fortunately, Star Wars fans are also honest. Out of the six movies already made (we'll leave out the latest for the moment), you only have to watch the original trilogy (episodes four to six) to get Star Wars. How come? Well, the trilogy released about ten years ago (episodes one to three) is – between you and me – not all that good. But the original trilogy from the 70s and 80s is absolutely brilliant. So, nobody has an excuse for not watching them!

May the force be with you!

Win a statue of a Stormtrooper!