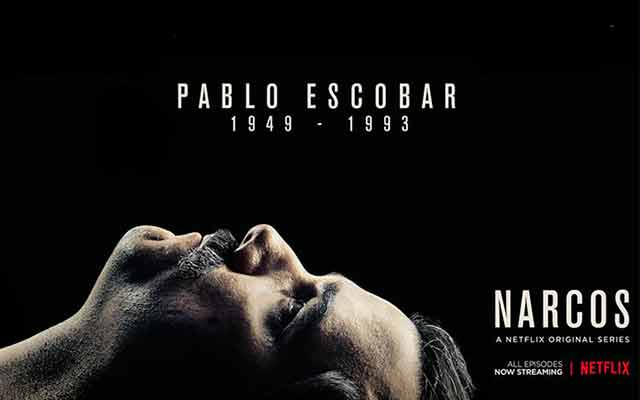 We are big fans of "Narcos". The second season is available now!

In 'Narcos' we follow the rise and fall of the notorious Colombian drug lord Pablo Escobar and his Medellín Cartel. The story is told from the perspective of Steve Murphy, a US DEA agent in Colombia who sees it as his mission in life to get Escobar behind bars.

In Season 1 we follow fifteen years in the life of El Patrón. In the second season we see Pablo flight. The second season begins where the first ended: with the escape of Escobar from La Catedral prison he had built for himself.

The cast include the amazing Wagner Moura in the role of Escobar, alongside Boyd Holbrook and Pedro Pascal in the roles of DEA agents Steve Murphy and Javier Peña.

The 10 new episodes of the series "Narcos" are available exclusively on Netflix. Watch Netflix: run Netflix on Proximus TV via menu 'on demand'> series or via channel 204 or subscribe here!