The future of robotics is 5G 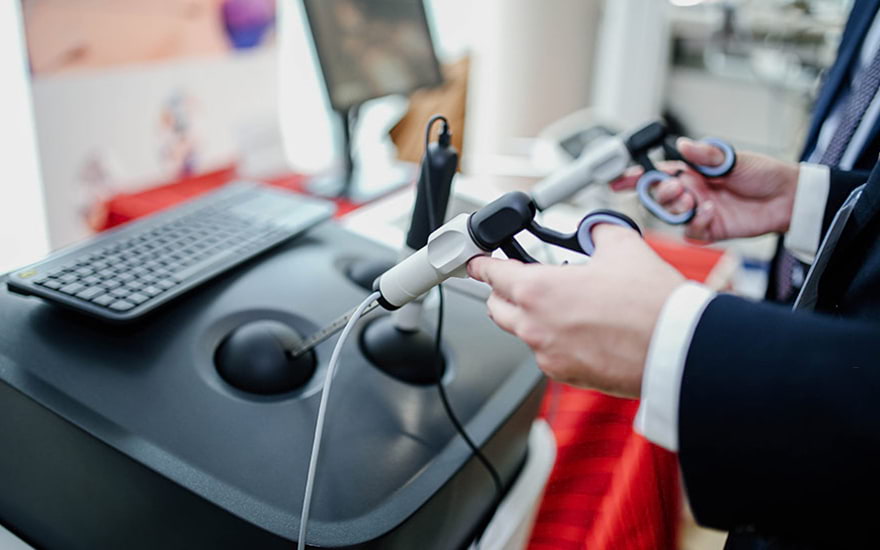 If, at first glance, robotics and smartphone communication can seem like an odd couple, yet they're linked by 5G. The fifth generation of wireless technology paves the way for a new generation of robots. Which, in turn, will bring about a technological revolution.

The fifth generation of wireless technology opens the door to a generation of robots that can move freely and autonomously thanks to wireless communication. They can be controlled dynamically in real time thanks to intensive use of data in the cloud. Next generation robots will be locally or globally connected. In other words, 5G technology opens the floodgates to applications that were previously unthinkable, both in terms of robotics and mobile technology.

Robots are already omnipresent in the production process, with the automotive industry as a prime exponent. Robots are also deployed in industry and the medical sector. In the future, though, 5G innovations will stretch the possibilities and limits of all of these sectors to the point where we will need to rethink our definition of the concept of a robot.

For instance, autonomous vehicles will be robots that carry out instructions and make autonomous decisions based on input from sensors. Incidentally, they do so much faster, more accurately and with greater reliability than us humans. It’s crystal clear that the next generation of robots will unleash a revolution on countless levels. Below we have outlined a few applications that will be run-of-the-mill more than a decade from now.

The factory of tomorrow

5G is the driver behind a veritable fourth industrial revolution. Internet of Things (IoT) technology is shaping hyper-efficient, connected and flexible ‘factories of the future’. They operate on the basis of massive data streams, making a reliable layer of communication absolutely crucial.

With a latency (delay) of under a millisecond, 5G is also essential for the speed of processes. Robots, humans and machines can share massive volumes of data thanks to a near limitless storage capacity in the cloud. This optimal collaboration between people and robots has lots of advantages for the factories of tomorrow, improving the quality and safety of the production processes themselves.

A field full of robots

In the agricultural sector the combination of 5G and GPS technology makes it possible to integrate robots in the traditional cycle of sowing and harvesting. It’s not unthinkable that robots will be deployed in fields to monitor growth conditions of crops based on video and other sensory information. To a large extent, spraying, pruning and harvesting will be automated. Private companies are developing a ‘fresh fruit’ algorithm as we speak, which differentiates between fruit that can be sold or that is damaged - and tweaks the growth process where necessary anywhere between sowing and harvest.

5G will not lead to a revolution overnight, most of the applications are still in their infancy. Therefore, it’s more accurate to see 5G as the beginning of a new telecom era, one that, for the first time in history, makes the use of robots and real-time wireless technology truly possible. Incidentally, robots themselves have a steep learning curve ahead: it will be years before they will safely be deployed on an industrial scale. 5G demands massive innovations in many aspects of the network technology but let there be no doubt: the robot revolution is coming.

Discover all the topics

The first 5G network in Belgium

An important step towards a hyper-connected future.